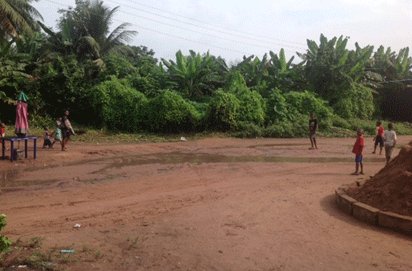 The entire Aggah community in Rivers State is now a ghost town by yesterday, courtesy of two-week-long attacks which had claimed 16 lives, scores of residents were injured and 50 houses and shops burnt down.

Aggah which is a community in Egbema/ Ndoni LGA, has been deserted as residents following the bloody confrontation between De-gbam and De-well cult groups are now taking refuge in neighbouring villages and the city of Port Harcourt.

An eyewitness narrated how people, including old men and women were running out of the community to prevent being hit by stray bullets from sophisticated weapons used by the warring cult groups, that started shooting and killings two weeks ago.

A source told Daily Sun that the situation was so pathetic and helpless that securitymen were using their vehicles to evacuate people from Aggah to safe areas .

Some of the weary and weak elderly persons, were said to have fainted on the journey, but were assisted by the equally, fear-stricken youths to get out of the community, which many literarily described to be on fire.

Our source disclosed how the suspected cultists were setting houses and shops ablaze, and ensuring that the affected houses and shops were burnt to ashes, before they moved to other locations.

Checks revealed that some of the innocent persons, shot dead by the suspected cult groups were a school principal identified as Ethelbert Nwakere and Melford Uwasike, whose body was burnt beyond recognition. The remains of Melford were immediately interred when the family discovered that it would be difficult to deposit same in the mortuary.

The number of persons murdered is likely to increase, as bodies of victims were still being discovered in bushes as at yesterday morning.

Meanwhile, soldiers, policemen and other security agencies have taken over the community and were combing the bush to fish out the cultists. It was, however, gathered that the security agents have succeeded in killing two of the cultists. One of the dead suspected cultists was simply identified as Chinagoro.

The clash was allegedly triggered off by job opportunities offered by one of the oil companies in the area.