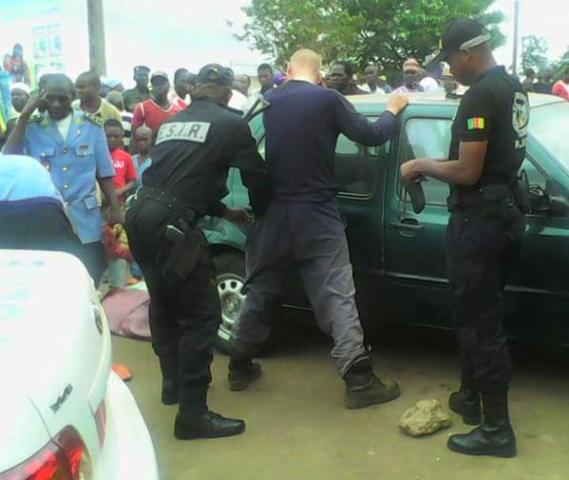 Two white men, suspected terrorists were intercepted in Yaounde, the capital of Cameroon on Saturday.

The duo accused of plotting major terror attack in Cameroon were caught in Yaounde by armed Rapid response Unit police officers following a tip off from vigilant residents of Briqueterie area of the city.

According to Cameroon Online, Briqueterie is a predominantly Muslim community.

As at the time of this report, it is unclear where the suspected terrorists are targeting.

See more photos from the arrest below: 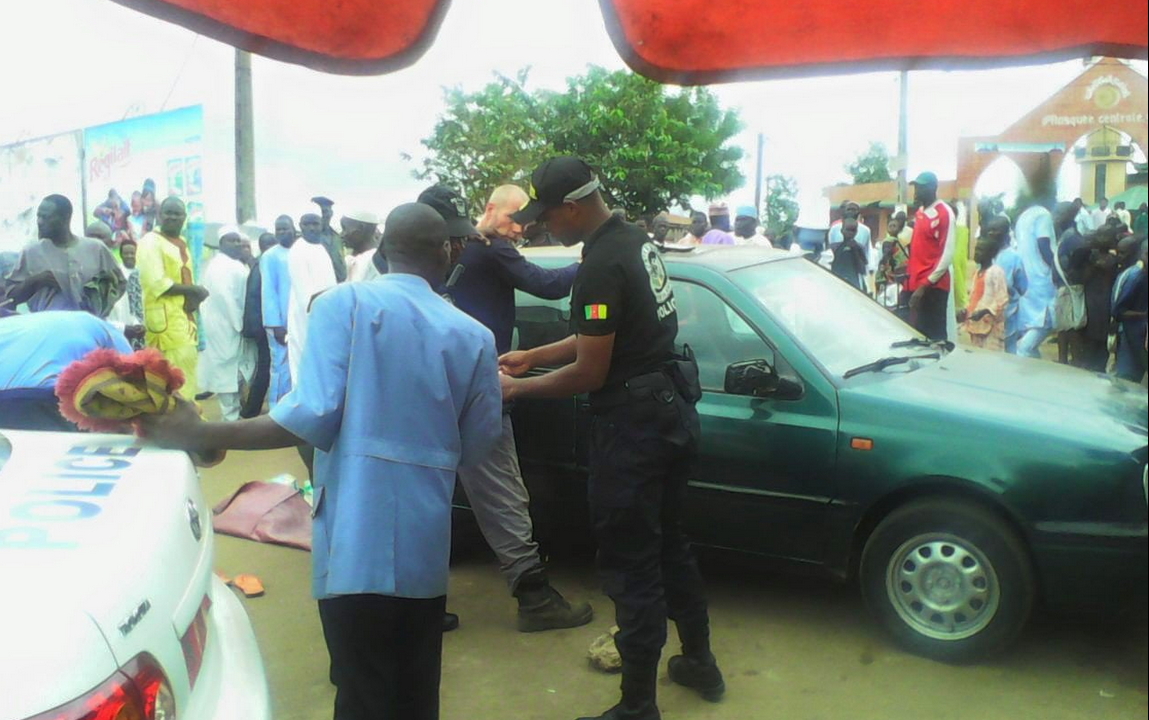 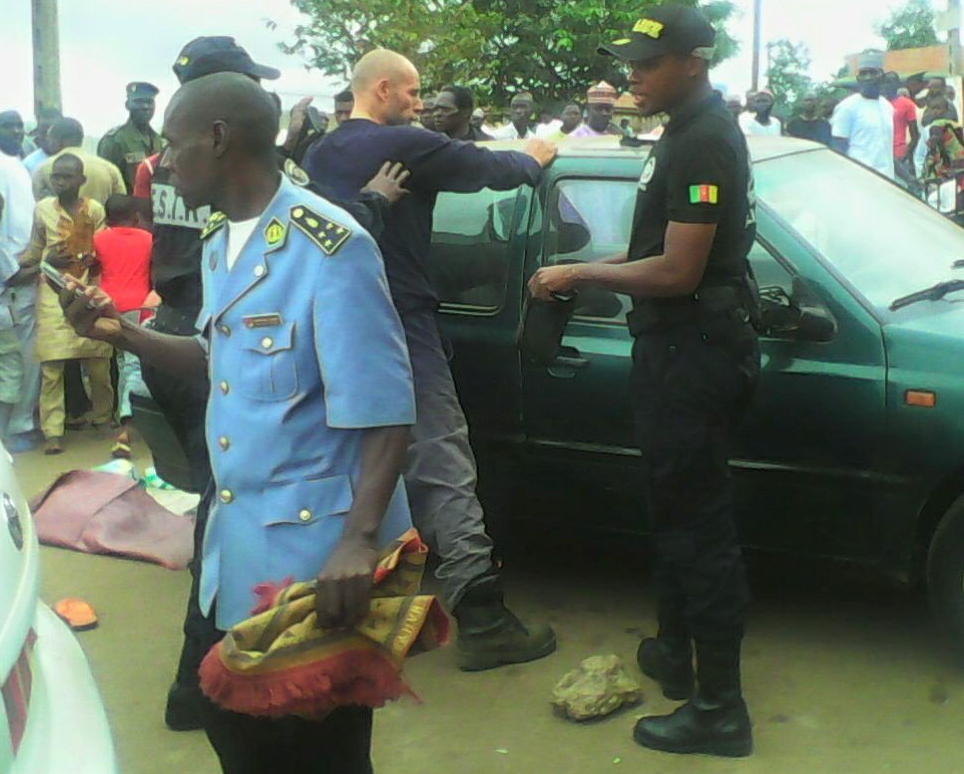