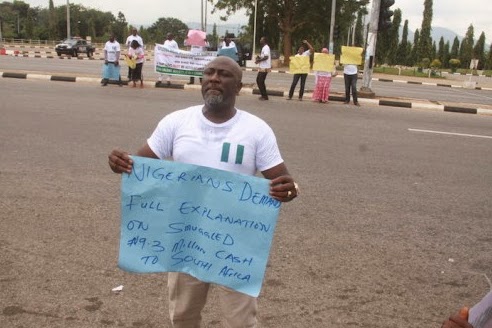 PIctured above is Otunba Dino Melaye protesting the $9.3million smuggled inside CAN President Ayo Oritsejafor’s private jet to South Africa.

The huge chunk of dollar bills totaling the aforementioned sum was seized by South Africa in September.

Though the former House of Rep. member is trying to make his voice count, what do you think is wrong with the blue placard he is holding?

Hint: Something is not adding with the amount he wrote there.