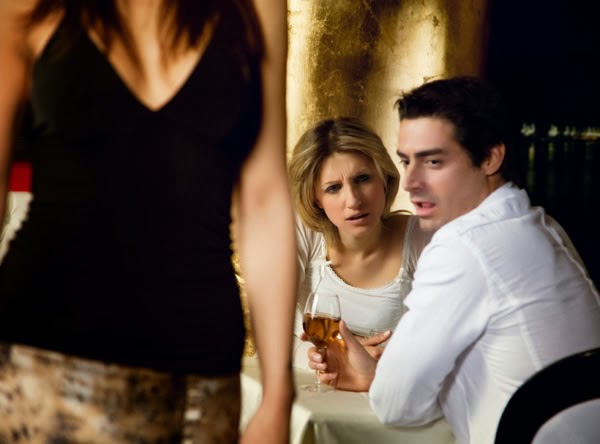 Disrespectful Woman: If She Doesn’t Respect You, She’ll Walk All Over You

What All Men Must Know Before Marriage

She keeps leaving you and winding up back with her ex-boyfriend. She cheated on you with Him and you got rid of her. She came back begging and pleading that she’s made the mistake of her life. You accept her back!

She leaves you again for him and sometimes later came back pleading that you’re the man she always love, and she wants to spend the rest of her life with you.

You took her back and lived happily for long. Just recently, she brought a ring saying she wants to marry you. You’re engaged and hoping for a better future.

Now, she wants a sophisticated wedding, the one both of you can’t afford. Now the argument is about your finances, what she needs to understand although she doesn’t want to understand.

The argument kept on going, but she’ll never agree, no more, no less.

She started complaining that she feels distant in the relationship. Later on, you realize that your so called fiancée is hanging out with her ex-boyfriend and his friends. You complained, she suddenly gets upset and without a tick of respect for your feelings, she gave you back the “shared ring” saying that your relationship is irreparable.

You were devastated and down casted, yet, you still have faith in her. You were thinking whether to cancel the wedding date or not. Though you think she doesn’t deserve anything anymore, you still feel attached to her and have no clue where to start about your present situation….

My friend you’ve experienced the worst disrespectful relationship of your life. If She Doesn’t Respect You, She’ll Walk All Over You

The above scenario has happened to many men around the world and it’s still happening. But the problem is, many of them don’t look for help at the right time.

The right time to deal with a disrespectful woman is when you’re still dating not when she’s done with her pranky games and you’re down in the pit of pity.

First off, if the scenario above explains your relationship, just make sure that it’s over. Unless she’s still around, here’s how to deal with her..

The main reason a woman might play with you to this height is because your interest level is too high.

Psychologically proven, women do take advantage of “too interested guys” more than the way men do to women.

So the key here is to moderate your interest level.

Every woman needs attention but when you’re too attentive, something similar to the above scenario can easily happen to you.

Secondly, giving her more chances even after the devastating breakup and infidelity shows you have no backbone, which is being auto-suggested to her subconscious mind, determining the way she’s going to handle you.

If you’re not careful, she might be the one wearing the belt in the relationship.

Furthermore, when you take her back after shamelesslydumping you for her ex, you’re exactly telling her that you’re okay with the way she treats you and that she can do even more.

It’s not being gentle, it’s being allowed to be manipulated.

You’re also hinting the world around you that you can’t find anybody else to date.

And Mr Gentleman, the rule is; you get acquainted with the less flattering side of your relationship before you give or accept the ring. You don’t expect to settle your financial argument after being engaged or worse, married.

You understand what works and what does not work, whether to split or not, before marriage, not after.

If she can’t change now, she won’t change when you’re engaged.
If she disrespects you while dating, she might beat you in marriage. And you shall never be a happy man after marrying a disrespectful woman.

If you need respect, earn it. You don’t expect to gain respect from a girl that treats you like a dog by taking her back, and back again. Be a man of standards, the respect is there.

Build your self-esteem today. Because, if she doesn’t respect you, she’ll walk all over you.
Afraid to be a man, afraid to be respected.

About the author: Joshua Daniel Jdy is self-development expert and humortic motivational writer on J Ramble

7 thoughts on “Disrespectful Women: What All Men Must Know Before Marriage”