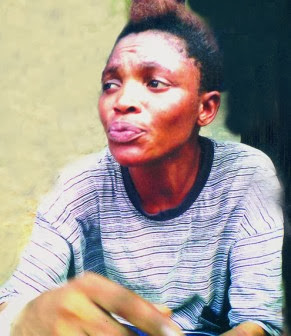 Taiwo, a pregnant woman from Lagos State has confessed to being part of a robbery gang that killed Nigerian policemen recently.

The 28-year-old pregnant robber said she was a frozen fish seller before she was invited to join the armed robbery gang.

She told newsmen and Police officers at the Lagos State Police Command where she and other members of the gang were paraded, that she had only taken part in three robbery operations. She however denied being part of a robbery gang that killed uniformed officers in Iju Ishaga area of Lagos last month.

Obafunsho’s gang members who attacked policemen at Iju-Ishaga also confessed to how they fired at the policemen, killed one of them, injured three and snatched two AK-47 rifles from the cops.

One of the gang members, Wasiu Rafiu, 23, said that it was their gang leader, Ife, that fired at the policemen in order to collect their rifles.

Here are the weapons recovered from the robbery gang. 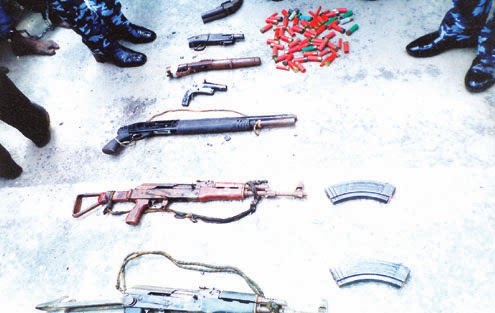 Disrespectful Women: What All Men Must Know Before Marriage
Nigerian Killed In Goa India By Indian Drug Dealers “Nigerians Are Like Cancer” – Goan Minister