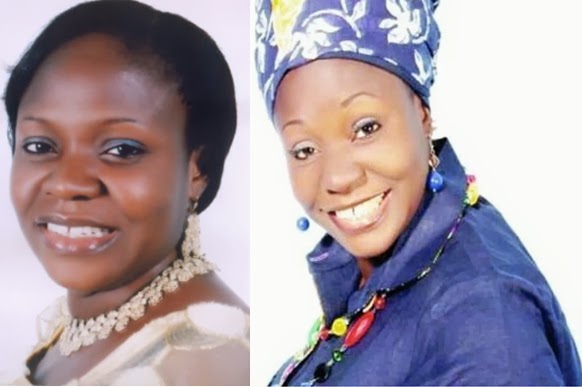 Popular gospel singer Adejoke Bankole a.k.a. Omoolope, who recently released an album, My Comfort, spoke with KAYODE APONMADE on her career, absence from the music scene, marriage and other issues

How did you come into gospel music?

I started at a very young age in my father’s band; he had a jazz band and I was one of the backup singers, but I started professionally in 2001 when I met my former promoter and I released the first album in 2002. I met him through one of my friends.

Was that the album that featured Wasiu Alabi Pasuma?

Yes, and I thank God that the album was a hit.

After the album, you went into oblivion, what actually happened?

That is a long story because I later got married, and after the marriage, I decided to stay back and take care of the family among other things.

What has been the experience?

It’s been rough and tough but I believe God will use this new album to compensate me.

Can you shed more light on the rough and tough aspects?

My fans should just thank God for my life.

A lot of artistes always complain about sexual harassment among other things on their way to the top. What was your experience?

I cannot really say anything because the promoter then was my husband and I did not have any bad experience.

Why did your marriage to your promoter crash?

That‘s a long story. May be that was God’s wish. I did not pray for it but it happened, I really tried to make it work but I was helpless.

You were on the same record label with Omoologo, Safejo, Tekoma and Shanko. What was the working relationship among you then?

It was very cordial. There was no problem, though we were not really. We had a good working relationship.

Your promoter was your husband, how were you able to cope with that?

I tried my best.

What happened along the line?

Nothing, the marriage did not just work.

Did you really make money from the album, Omoolope?

The story is not for today but another day.

Are you putting that in your autobiography?

If your marriage to the person that discovered your talent could not work, don’t you think some people might call you an ingrate?

I’m not an ingrate because what happened was beyond music.

Why did it take you so long to come out with a new album?

Let me put it this way; let’s say between four and five years, Alphabet Music director, Damola Kolawole stopped promoting artistes and he did not care about my career, so that really affected me. He decided to move into another business and kept  offering me empty promises.

Is that why you walked out of the marriage?

How many kids do you have for him?

Did you encounter any problems with other promoters?

No, I have not moved to any promoter after him. I have been playing at social engagements, church programmes, and concerts.

Alphabet Music was a very big record label then, why did it collapse, were you part of the problems?

No, I think the promoter should be able to answer the question himself.

Did you make money from the album, Omoolope, in which you featured Pasuma?

I did not make money from it, but it made me popular.

Nice one, but it was mixed blessings, some criticised me while others praised my effort.

Can you recount your gains and losses?

I have lost nothing but gained a lot and I believe I will gain more now.

When was your happiest and saddest moment in life?

My happiest moment on earth was 28 April, 2013 when I launched my new album, My Comfort, because I can see it as my first album.

But Omoolope was your first album?

To me, the new album is my first album because I don’t think I had one.

But Omoloope shot you into limelight?

I know, but its controversy outweighed the benefits. The new album is pure Omooolope.

Was there any rivalry between you and Omooologo when you were both on Alphabet Music label?

Why is it that most top artistes can’t keep a home?

I don’t know. Some may have problems because of stardom but mine was different.

So your husband dumped you?

No, that is a long story, my own case is different. I did not leave my husband because of fame. If that is the case, I would have left him years back.

Not now, it is a personal issue. I will tell the story when the time comes.

Any plan to remarry?

I will remarry when I see the right man.