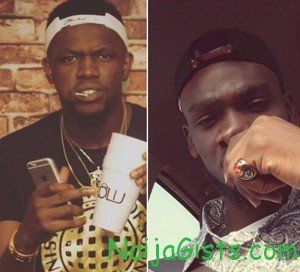 Here is what he told reporters at Lagos State Police Command Headquarter yesterday:

“A case of sudden and unnatural death (SUD) was reported on October 7, at about 8pm by the CSO Banana Island, Ikoyi, to the DPO Ikoyi that two persons namely, Olugbemi Abiodun and Chime Amechina of Flat Bill, Ocean Parade, were found dead inside one white BMW Saloon car marked KJA631AY, at underground garage in the estate.

“Police operatives raced to the scene where the bodies of the victims were taken to LASUTH, Ikeja for joint medical examination to determine cause of death.

“Victims were found motionless and were confirmed dead by a medical doctor. Further search into the vehicle revealed that wrapped substances suspected to be weeds were recovered and might have been used by the victims.

“Liquid substances were observed on their mouths and nostrils. From investigation by policemen at the scene, there were no visible marks on their bodies.

The result of the autopsy is still being awaited. The pathologist said there was need for further findings before conclusions could be drawn on the cause of death.”