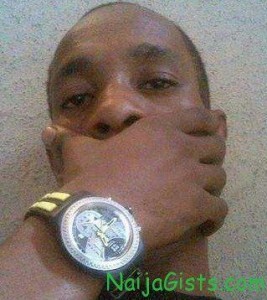 October 12, 2017 – Davido Detained For Lying To Police He Knew Nothing About Tagbo’s Death

Tagbo Umeike Was Choked & Strangled To Death: Davido’s Driver & 2 Others Arrested As CCTV Exposed Them

Nollywood actress Caroline Danjuma has been vindicated after she alleged that Davido and his camp have a hand in the death of her late boyfriend, Tagbo Umeike.

The deceased who died tragically on his birthday was abandoned at the hospital by Davido’s driver and some of his boys but they later lied that he died of alcohol overdose.

The official autopsy report of the deceased has been released.

Police revealed to the media yesterday that the autopsy revealed that Tagbo died of asphyxiation, a condition caused by oxygen deficiency.

However, close family sources believe he was strangled to death by his killers.

Davido who was invited for questioning yesterday showed up with his lawyer as police arrested his Escort driver, Tunde Usutu and two friends, Idris Busari and Agbeje Olaoye.

Acting Lagos Police Commissioner Imohimi Edgal told reporters that Davido ordered his men to abandon the corpse of the deceased inside his Toyota Camry car and that he was fully aware of what killed the deceased.

He added that the CCTV footages from the hospital proved that Tagbo was brought in dead by Davido’s Escort driver.

“The CCTV footage at the hospital picked the escort vehicle and the entire activity. The vehicle was recovered from Davido’s residence at 7, Awoshika Street, Lekki Phase 1.” – Edgal added

Meanwhile, Caroline Danjuma is full of joy, not for the death of her boyfriend but for the way Tagbo Umeike’s autopy report and CCTV footages exposed his killers.

She took to her official IG page yesterday to say: “The Lord is good”.