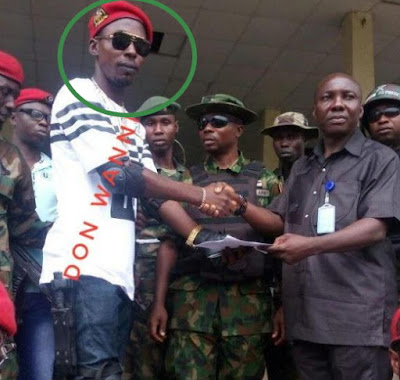 In the days of militancy in the Niger Delta, Johnson and his “boys” were deeply involved in pipeline vandalism, sea piracy, kidnapping, cultism, armed robbery, thuggery and other forms of criminality, before the 2009 amnesty offer by the administration of the late President Umaru Yar’Adua.

Some years after accepting the Federal Government’s amnesty offer, Johnson returned to militancy. He was again admitted to the 2016 amnesty offer by the Nyesom Wike administration in Rivers.

Shortly after accepting Wike’s amnesty offer, the ex-militant “General” was on December 20, 2016 conferred with a chieftaincy title of Oyirimba I of Ogbaland by the paramount ruler of Aligwu community in Ogba/Egbema/Ndoni Local Government Area, King C. Nwokocha.

Two of his lieutenants – Ikechukwu Adiela and Augustine Osisiah- were also installed chiefs.

Don Waney promised to fight for the development of the community.

He warned against kidnapping, pipeline vandalism, rape and armed robbery and urged the youth to join hands in maintaining the peace.

He thanked President Muhammadu Buhari and Wike for their efforts in restoring peace to the Niger Delta.

But following the suspicion that he had returned to his old ways, the army’s 6 Division invaded his camp and shrines in the early hours of November 20, last year. He fled and has been on the run since then.

During the raid, 10 human skulls and human bones, among other items, were recovered. Seven suspects, including two women, were arrested.