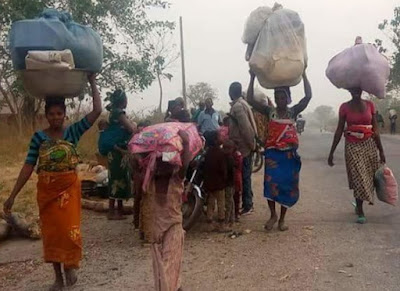 The governor of Benue state today said that 50 died after some Fulani herdsmen attacked a Tiv community in the state.

Governor Ortom who disclosed this at the Benue state Government House in Makurdi today blamed Buhari for refusing to protect the people.

“The blood of those people killed by the Fulani herdsmen are on the hands of the federal government and if nothing is done they will cry unto God” .

The federal government was alerted on the threat of the herdsmen who had vowed to resist the anti- grazing bill enacted by the state government.

He added that people especially children were butchered like animals with their hands chopped off.

A survivor, Anande Dooshima said her brother who just completed his NYSC was killed in the brutal attack carried out today.