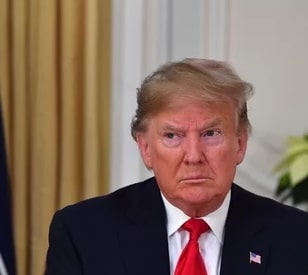 The Democrats today unveiled two articles of impeachment against President Donald Trump, one on abuse of power and the other on obstruction of Congress.

House Speaker Nancy Pelosi, flanked by the chairmen of the impeachment inquiry committees, stood at the Capitol in what she called a “solemn act”.

Trump, a Republican, “sees himself as above the law”, said Judiciary Committee Chairman Jerrold Nadler. “We must be clear, no one, not even the president, is above the law.”

The House Judiciary Committee is expected to vote this week on whether to send the formal charges to the full House of Representatives.

If the House approves the articles, as expected, the Republican-controlled Senate would hold a trial to decide whether to remove the president from office. A conviction is considered unlikely.

The charges unveiled Tuesday stem from Trump’s pressure on Ukraine to announce investigations of his political rivals, including former Vice President Joe Biden, as he withheld aid to the country. 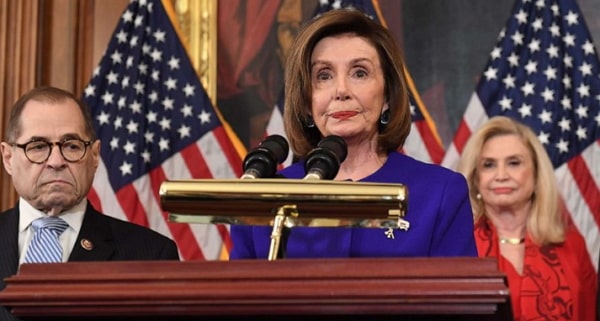 Trump tweeted ahead of the announcement that impeaching a president with a record like his would be “sheer Political Madness!”

In drafting the articles of impeachment, Pelosi faced a legal and political challenge of balancing the views of her majority while hitting the Constitution’s bar of “treason, bribery or other high crimes and misdemeanors”.

Continue Reading
You may also like...
Related Topics:abuse of power, donald trump, obstruction of congress