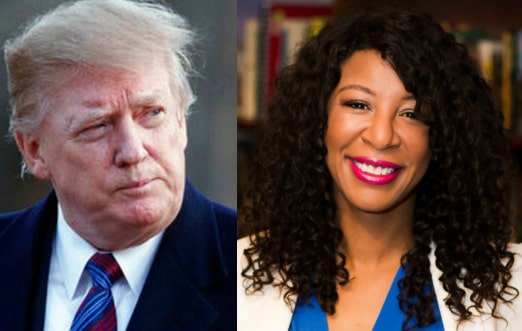 Donald Trump In Trouble For Kissing Woman Without Her Consent

Alva Johnson, a former campaign staffer of US President Donald Trump has sued him.

In a new lawsuit filed against the President, Johnson said she had an encounter with Trump while working with his 2016 Presidential team.

Although the White House has denied the allegations, Johnson told Washington Post she denied Mr Trump’s attempts to plant a kiss on her outside of a rally in Tampa, Florida back in August of 2016.

She allegedly turned her head as he went in for a kiss, causing the future-president to place his lips on the side of her mouth.

“I immediately felt violated because I wasn’t expecting it or wanting it. I can still see his lips coming straight for my face.”

An attorney she met in Florida found her story credible but refused to take up her case for business reasons.