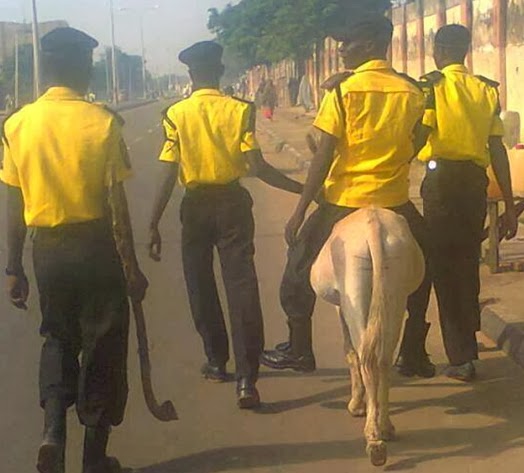 An unusual suspect was recently arrested on the streets on Kano for violating traffic rules.

The Donkey above was spotted wandering around the streets, a move that caused serious traffic jam in the area. Security men were called in and the animal was promptly arrested.

This is so funny I can’t even ask for further details.

Wait a minute, will this Donkey appear in court too ?.

If so let them give the donkey a hearing date before Christmas o.