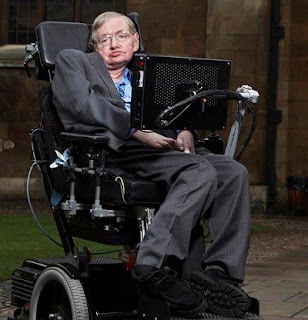 Never Believe A Verdict That Does Not Empower You.

The Doctor looked into his face after the diagnosis, those looks that suggest that something ominous is about to be divulged. For the first time in his life, a moment of time to Stephen seems like many years! “Stephen, I am sorry to say this but your condition will deteriorate so fast that you will be unable to eat, drink and live the normal life again” said the doctor.

Many times in life, we have all had our share of unbearable verdicts, some from loved ones, spouses, confidants, parents, doctors, mentors and even spiritual counselors. Many of us are just walking through life with demeaning and unsavory verdicts like: You are not too good for that; you will never be able to do this again; you are worthless; you are just an average student; you are a loser.

Albert Einstein was told when he was young by the head of his school that he will never amount to anything! Beethoven was told that he can never compose songs again. Henry Ford said, “Whether you think you can, or think you can’t, you’re right.” The reason why you are given this life is to challenge ‘wrong’ predictions about you, but the problem is that most of us have allowed ourselves to be beaten into accepting the verdict that the world has placed on us. Nobody has the right to tell you how your life will end!

Stephen Hawking (January 8, 1942 to March 14, 2018) was a British scientist, professor and author who performed groundbreaking work in physics and cosmology, and whose books helped to make science accessible to everyone.  Hawking was known for his groundbreaking work with black holes and relativity, and was the author of several popular science books including one of the iconic books of the twentieth century, ‘A Brief History of Time’ ,which is an international bestseller. At age 21, while studying cosmology at the University of Cambridge, he was diagnosed with amyotrophic lateral sclerosis (ALS, or Lou Gehrig’s disease), a form of Motor Neurone Disease). In a very simple sense, the nerves that controlled his muscles were shutting down. At the time, doctors gave him two and a half years to live. But the theoretical physicist defied the odds: Hawking, who passed away on March 14, 2018, lived to be 76.

In spite of being wheelchair-bound and dependent on a computerised voice system for communication, Stephen continued to combine family life (he has three children and three grandchildren) with his research into theoretical physics, in addition to an extensive programme of travel and public lectures. Part of his life story was depicted in the 2014 film The Theory of Everything. In 1974, Hawking’s research turned him into a celebrity within the scientific world when he showed that black holes aren’t the information vacuums that scientists had thought they were. In simple terms, Hawking demonstrated that matter, in the form of radiation, can escape the gravitational force of a collapsed star.

There are some life lessons that can be learnt from Hawking’s approach to life. He once said, “However difficult life may seem, there is always something you can do and succeed at. Where there’s life, there’s hope.”

NEVER BELIEVE A PREDICTION THAT DOES NOT EMPOWER YOU:  People’s opinion of you does not have to become your own reality. Sean Stephenson once said, “Never believe a prediction that does not empower you”. One of the legendary minds that inspired Stephen Hawking’s work was the great Albert Einstein. When Einstein was 16 years of age in 1895, his teacher said to his father, Hermann Einstein: “It doesn’t matter what he does, he will never amount to anything.” This was a damning report from the head of his Munich school. As a child, Einstein’s teachers thought he was mentally retarded and they tagged him a nuisance in virtually all of the classroom activities. Within 10 years of this woefully inaccurate prediction, Albert’s colossal intellect was already beginning to unlock the secrets of the universe. In time, he became the foremost mind of the twentieth century. Albert Einstein once said, “It was because they said I couldn’t do it that is why I did it”. Hawking lived his life to prove all predictions around him to be wrong. He was giving two years to live but eventually lived fifty five more years after doctors’ predictions. On March 14, 2018, Hawking finally succumbed to the disease that was supposed to have killed him more than 50 years earlier!

BE STRONGER THAN YOUR EXCUSES: Mark Rebel said: “Success occurs when your dreams get bigger than your excuses. In life, when you refuse to make excuses, you make something incredible happen in your life. You must quit the excuses to live a life that you want! People that will make maximum impact in life make minimum excuses. Benjamin Franklin said, ‘’I never knew a man who was good at making excuses who was good at anything else.’’ Stephen had all the excuses to live a limited life but instead, he limited his limitations. George Washington Carver once said, “Ninety-nine percent of the failures come from people who have the habit of making excuses.”

WILLINGNESS IS SUPERIOR TO CIRCUMSTANCES: Niccolo Machiavelli said, “Where the willingness is great, the difficulties cannot be great”. Life is full of stories of ordinary people that surmounted great challenges and overwhelming odds to make a mark in life. Charles Dickens was lame; Plato was a hunchback; Franklin Roosevelt was crippled by polio; Hellen Keller was the first deaf-blind person to graduate from a college and earn a Bachelor’s degree; Winston Churchill had a devastating form of speech impediment (which he never completely recovered from); Beethoven who wrote one of the most beautiful music compositions was deaf, and Albert Einstein, one of the greatest geniuses and scientists that ever lived could not speak until he was four! Christopher Columbus said, ‘’By prevailing over all obstacles and distractions, one may unfailingly arrive at his chosen goal or destination.’’ Stephen’s willingness to live a purposeful life was stronger than his nagging and debilitating condition. The man that was condemned as an invalid later set the world of cosmology in an unprecedented motion. An English proverb says, “Where there is a will there is a way”.

DON’T ALLOW YOUR DISABILITY TO HINDER YOUR ABILITY: In life, being unconscious of your ability is the ultimate disability. Stephen Hawking once said, “My advice to other disabled people would be, concentrate on things your disability doesn’t prevent you doing well, and don’t regret the things it interferes with. Don’t be disabled in spirit as well as physically”. I have often observed that a very easy life does not put a demand on our creativity. Rick Joyner said, “If our life is always easy, it’s because we are called to a lesser purpose”. A happy life consists not in the absence but in the mastery of hardships. Life’s adversity is simply a proof that the enemy considers your assignment very achievable.

WE ARE NOT CREATURES OF CIRCUMSTANCES; WE ARE CREATORS OF CIRCUMSTANCES: Circumstance does not make a man; it reveals him to himself. Stephen Hawking surmounted great odds to make meaning out of a seemingly hopeless situation. In spite of adverse circumstances, many ordinary people have risen to be great. Your circumstances don’t make you inferior, your responses do!

OUR CHOICES DETERMINE OUR DESTINY: We must not be driven by the complacency to wait for fate but be driven to create our own future. Stephen Hawking said, “I have noticed even people who claim everything is predestined, and that we can do nothing to change it, look before they cross the road”. Our lives depend on decisions and not conditions. The key is in our decisions, not our condition. Anthony Robins said, “It’s in your moments of decision that your destiny is shaped”.

NEVER GIVE UP: Stephen Hawking once said, “It matters if you just don’t give up”. It is hard to beat a person that never gives up. Joyce Meyer said, “Merely refusing to give up is a victory in itself”. Against all odds, Stephen refused to yield to his conditions.

YOU ARE NEVER TOO BIG TO BE WRONG: One of the most fascinating moments in Hawking’s life was when one of his PhD students proved him wrong! His virtue of humility and teachability puts him ahead of his colleagues. Professor Raymond Laflamme, Canada Research Chair in Quantum Computing at the Perimeter Institute (PI) was a doctoral student of Stephen Hawking’s while at Cambridge. Laflamme proved one of Hawking’s most important equation to be wrong during his own PhD work under Hawking’s supervision. “When he learned that he had made a mistake, he turned around and said ‘You are right, what I had suggested was incorrect,’ and he was incredibly gracious.” according to Laflamme. “He wrote letters of recommendation for saying, ‘this guy has proved me wrong’, Laflamme said. “And when I left Cambridge in 1988, after my PhD, he gave me a copy of his book, with a dedication saying, ‘To Ray, who convinced me the arrow of time was not a boomerang.”

ALLOW CHILDREN TO FOLLOW THEIR CAREER CHOICE: The problems in the world will be lesser when we allow children to follow their heart desires. People can only become truly accomplished at what they love doing. Steve Jobs said, “The only way to do great work is to love what you do”. Stephen wanted to study mathematics although his father wanted him to study medicine. He wanted his eldest child to go into medicine, but at an early age, Hawking showed a passion for science and the sky. That was evident to his mother, who, along with her children, often stretched out in the backyard on summer evenings to stare up at the stars. Mathematics was not available at University College, so he pursued physics instead. After three years and not very much work, he was awarded a first class honours degree in natural science. Designing the future of a child is beyond parental ‘jurisdiction’. Parents should avoid the temptation of forcing their children to fit into their own design but rather provide them with a platform to stand out with their uniqueness. The greatest gift parents can ever give to their children is to provide them with platforms to be themselves.

From 1979 to 2009, Stephen held the post of Lucasian Professor at Cambridge, the chair held by Isaac Newton in 1663. Professor Stephen Hawking received thirteen honorary degrees. He was awarded CBE (1982), Companion of Honour (1989) and the Presidential Medal of Freedom (2009). He was the recipient of many awards, medals and prizes, most notably the Fundamental Physics prize (2013), Copley Medal (2006) and the Wolf Foundation prize (1988). He was a Fellow of the Royal Society and a member of the US National Academy of Sciences and the Pontifical Academy of Sciences. Stephen Hawking is regarded as one of the most brilliant theoretical physicists since Einstein.

Few weeks after his death, it was announced that Hawking’s ashes would be interred at Westminster Abbey in London, alongside other scientific luminaries like Sir Isaac Newton and Charles Darwin, most probably during a thanksgiving service later this year. The decision to give him a place among the nation’s greatest scientists is an extremely rare honour. Friedrich Schiller said, “He who has done his best for his own time has lived for all times.”

QUOTE OF THE WEEK: “Your circumstances don’t make you inferior, your responses do”-Gbenga Adebambo

Continue Reading
You may also like...
Related Topics:ability., disability

Why Being An Underdog Is Your Secret Success Weapon
The Easter Saturday Story: See What Happened Between Good Friday And Easter Sunday