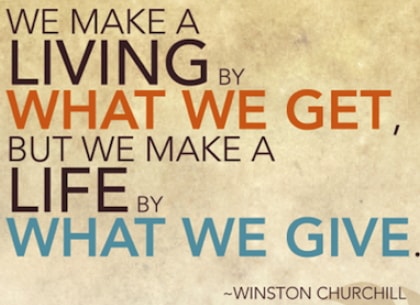 Let’s do a little biology, shall we? Hold your breath and count one to ten. I bet that felt like you would suffocate! That’s because you did not allow the carbon dioxide in you to get out. Carbon dioxide is the waste product of your respiration- you inhale oxygen (O2) and exhale carbon dioxide (CO2). Aside from breathing, CO2 in its gas form can also be produced artificially by burning fossil fuels like oil, diesel and coal, or naturally through volcanic eruption.

So, you have a problem with giving? I have a brilliant idea. Plants stand lazily around and they don’t pay a dime for the CO2 you give them for photosynthesis. Why not starve them by holding your breath and keeping in the CO2? Oh, sorry I missed out a little detail- holding in CO2 will kill you in a matter of minutes.

Did I hear you say you need oxygen? My word! Pardon my omission that I didn’t mention that trees and plants absorb the CO2 you give out and they release oxygen during photosynthesis. And since you wanted to starve them a moment ago, they just might be planning retaliation. Seriously, what makes you think you are the greatest giver? You may in fact be the greatest beneficiary of others’ giving.

Here are some reasons giving is very important:

Freely have you received: there are several things you have naturally that you didn’t pay for. If you have to pay for all the favours you have ever received in your life, do you think you can afford it? Having received a lot of blessings; it’s time to become a blessing.

It’s dangerous not to give: it is easy to focus on the cost of giving but have you ever considered the greater cost of not giving? You naturally give CO2 but there are people whose respiration is impaired and they need ventilators to get the carbon dioxide out of their system and put oxygen into them. That isn’t cheap! Your house may soon become a junkyard if you never give away anything. Also, you may think smiling makes you look silly and some people don’t even deserve your smiles anyway. Well, it is generally claimed that you use more muscles to frown than to smile. People hardly frame pictures with a frown; smiles look better on you.

It can save your life: Les Brown told of an expedition somewhere in Africa to catch a rare breed of monkeys. In a bid to catch the monkeys without harming them, a particular kind of nut loved by the monkeys was put in rope-tied bottles. As the monkeys reached for the nuts, the explorers pulled on the ropes. Since the monkeys couldn’t remove their fits while still holding to the nuts and they wouldn’t let go because of their craving, they were caught. Giving is not only related to handing out things to people; it is also about giving up unhealthy things in your life.

Are you holding to some things you should let go of- bad relationships, emotional troubles, bad habits, etc.? Sacrifice your appetite to save your future.
Thanks for reading my article today. I would really love to hear from you. So, do share your views with me by sending SMS to 07034737394, visiting www.olanreamodu.com and following me on twitter @lanreamodu.

Remember, you are currently nothing compared to what you can become. Don’t lock your potentials in; let them breathe!

Continue Reading
You may also like...
Related Topics:articles, giving