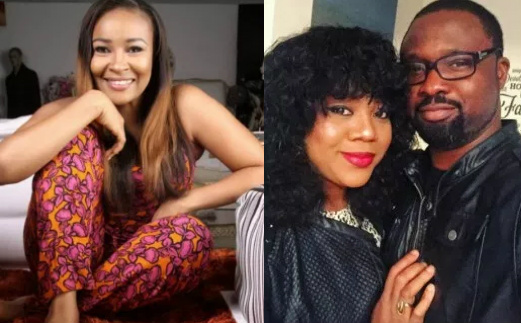 When one door closes another opens, this is the situation of Nollywood sweetheart Doris Simeon who not only lose her husband to her colleague but her communication time with her only child, David Ademinokan.

Since her marriage crashed years ago, the actress has been drawing strength from the inside though it wasn’t so easy.

Fans of her alleged husband snatcher, Stella Damasus soon moved to her camp to inspire and sympathize with her. Some even offered to take her abroad to cool off then.

Each passing day, the actress updated fans on the social media telling them how life has been treating her.

She also granted several interviews where she initially accused Stella of snatching her husband before she changed her approach and focused on the positive side of life.

To cut the long story short, life has been treating her really well.

She is not only happy with her new man, she is also doing extremely well in her career.

As at the time of this report, her followership on Instagram is much more than that of Stella Damasus and Daniel Ademinokan combined an indication that Nigerians at home and abroad are on her side.

She currently has over 534K followers on Instagram while Stella and Daniel drag behind at 266K and 159K respectively. 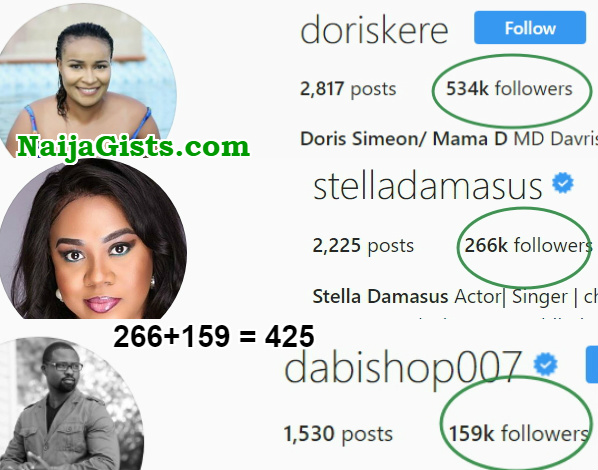 Do not let your ordeal turn you into a bitter person, instead allow whatever pain you might have gone through and may be going through to transform you into a better person. See you at the top!