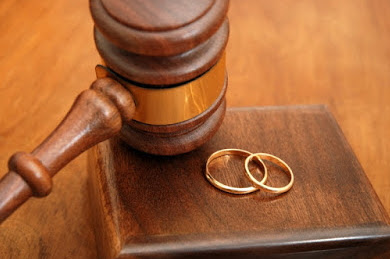 A 42-year-old businesswoman and mother of three, Mrs. Olubunmi Balogun, on Monday in Lagos, lost her 13-year-old marriage to her husband, Abiodun Balogun, for denying him sex.

In his judgment, the president of Igando Customary Court, Mr. Adegboyega Omilola, said the petitioner was adamant despite all mediations from the court and family.

“Since the petitioner insisted on divorce after several interventions, the court has no choice than to dissolve the union in spite of the fact that the wife still claims she loves her husband.
“The court pronounces the marriage between Abiodun Balogun and Oluwabunmi Balogun dissolved today, both parties, henceforth, ceased to be husband and wife.

“Both are free to go their separate ways without any hindrances and molestation,” Omilola ruled.
Earlier, the petitioner, Mr. Abiodun Balogun, 51, an accountant, had filed a suit seeking the dissolution of his 13-year-old marriage to Oluwabunmi for alleged sex starvation.

“Whenever we had misunderstanding, my wife would deny me sex and food; and for the past six months now, she had not allowed me to make love to her,” he said.

He said that Oluwabunmi was fond of accusing him of infidelity.
“My wife was always accusing me of dating any woman she saw in my car.

“She once trailed me to a place, stopped my car, dragged out the woman inside my car and gave her the beating of her life.
“She also beat up one of our tenants whom she accused of having an illegal affair with me.
“Because of her behaviour, I ordered her to leave my house and when she refused, I packed out from the house, ‘’he said.

Abiodun, therefore, urged the court to dissolve his marriage, saying that he was sick and tired of the marriage.

The accountant told the court that the love he once had for Olubunmi had faded.

However, the businesswoman said that her husband was a womaniser and was always running after anything in skirt.

“He attempted to rape my teenage housekeeper when I went for a vigil.
“My 12-year-old housekeeper, half-naked, rushed to meet me in the church at about 12 midnight and told me that my husband wanted to rape her.

“She stayed with me throughout the vigil. The following morning, I took the girl to my husband’s room to repeat in his presence what she told me during the vigil.
“The housekeeper said that the petitioner came into her room, snatched her wrapper and attempted to rape her but she escaped and he sent her packing after the confrontation.

“I also caught him and my friend’s younger sister coming out of a hotel,” she said.
The mother of three also alleged that Abiodun was dating a single mother parent in their street.
She told the court that her husband packed out of the house the same day the other woman packed out of hers.

“My husband packed out of the house he built to an unknown destination, abandoning me and our children.
“He moved out with a lady he was dating in our street to rent an apartment elsewhere.
“Despite his infidelity, I still love him,” she said.

Continue Reading
You may also like...
Related Topics:husband, lagos, randy

I Sponsored Her Education But She Dumped Me For A Wealthy Guy After Graduation, I’m Heart Broken
Nigerian Pastor Who Called Wife A Witch Denied Divorce In Agege Lagos