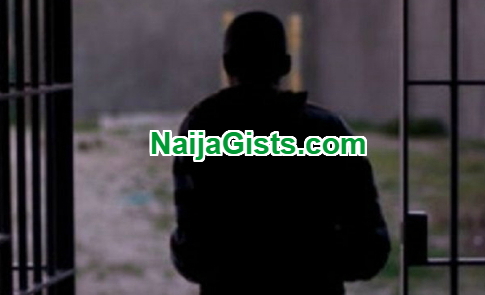 A foul smell halted arraignment inside a court room at Igbosere Magistrates’ Court in Lagos today after an accused reportedly defecated in the dock.

The accused identified as Avekpon Bernard was among the 22 men arraigned for breach of peace by Justice AO Ogunbowale today but just as the proceedings began, Avekpon who was seen holding his stomach while sweating profusely begged an Investigating Police Officer to allow him to use the toilet but his desperate plea was rejected.

He was told to hold on until the end of his arraignment.

The unexpected however happened the moment the accused and 21 others entered the dock.

The man reportedly defecated on himself while the court clerk was reading the charges to them.

Foul smell soon filled the courtroom with every holding their noses.

When people started walking out of the courtroom, a counsel asked about the source of the foul odour, Avekpon immediately owned up saying “I shit on myself”

The IPO who initially rejected his plea was the one who led him outside the court room.