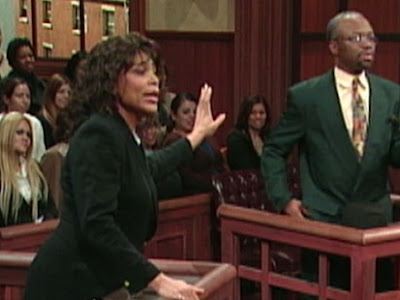 A middle-age man, Friday James, has prayed an Agege Customary Court in Lagos to dissolve his marriage because his wife, Linda is a thief.

The petitioner also said his wife spent the money she was to use to buy foodstuff.

He said: “The painful thing is that she wouldn’t give account on what she spent the money on and it is annoying because I can’t continue to give her monthly allowance while I starve with our children. If she truly respects me as her husband, she won’t be doing all this.”

James said he brought his wife to court to see if she would change.
Linda said she disrespects her husband would because he is fond of harassing her in front of neighbours.

“I didn’t steal from him. I only took N10, 000 from his wardrobe without his knowledge because I was told my father was ill and I thought I could refund it before he got to know. Whenever I requested for money from him, he asks me to be patient till month end.

“I think I have also made up my mind for dissolution because whenever our tenants misplace anything, my husband refers them to me and it is not right. I don’t know why he is complaining because when he knew I took his money, he took me outside and called me a thief in the presence of almost everyone who lives on our street,” Linda said.

Linda also said her husband went to the extent of telling her boss she steals which led to her sack.

She said: “As if all he had done wasn’t enough, I was sacked from my place of work because of his actions. I now sell noodles and eggs. I can’t continue to put up with his attitude.”

The court’s President, Pa Adekunle Williams, fixed a chamber discussion for after the whole proceedings.