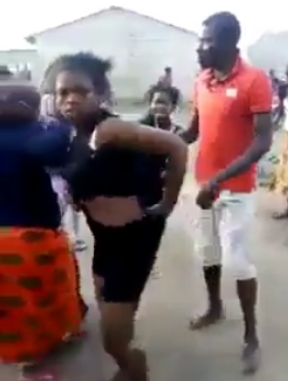 A group of women recently descended on a young lady in Onitsha Anambra state after she allegedly slept with the husband of one of them.

However, the lady who raised an alarm called her a kidnapper.

Before the lady could defend herself, an angry mob had descended on her.

A little drama ensued in the middle of the Jungle justice when a local dog breed suddenly pulled down the lady’s underwear. 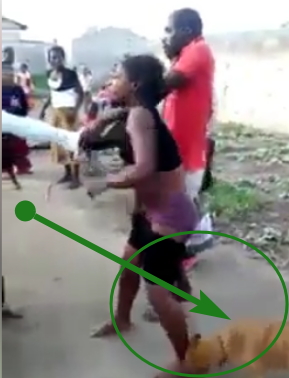 If na before the only thing ‘lucky’ the village dog knows how to do is feast on feces and eat dead chickens. Imagine a dog targeting a lady’s  underwear…. End time don reach be that o… Chai!!!!