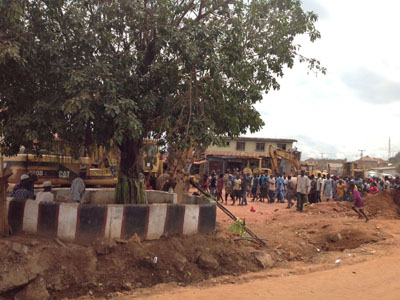 June 7, 2017 – Drama As Traditionalists Stop Fayose From Cutting Down A Sacred Tree In Ikere Ekiti

Traditionalists and indigenes of Ikere Ekiti in Ekiti state yesterday prevented the state governor from cutting down a sacred tree blocking the dualization of a road in the community. 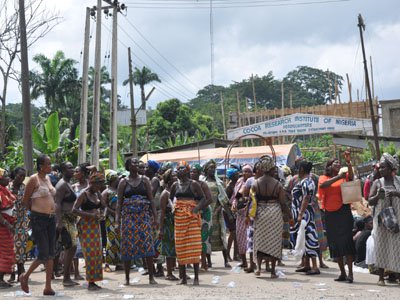 Governor Fayose was said to have ordered his men to uproot the tree for the commencement of a road dualization project in the area but they were sent packing after traditionalists lit bonfires at Odo Oja area of Ikere Ekiti.

In the heat of the crisis generated by the bonfires at Odo Oja area of the town, Fayose reportedly led armed policemen to the area to put the situation under control.