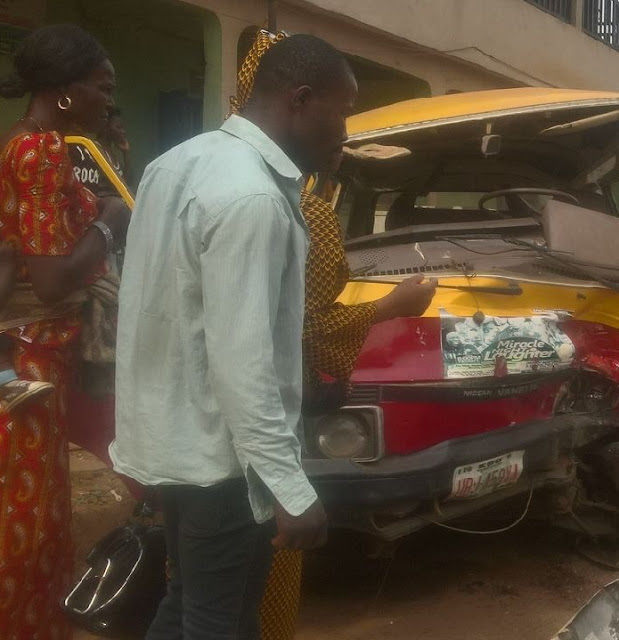 A metal collector was today crushed to death in a ghastly auto crash that occurred along Ekenhuan Road in Benin City, Edo State. capital. The lone car was driven by a someone suspected to be a learner.

This is even as several persons, including children, sustained varying degrees of injuries in another accident that occurred along Upper Uwa Street, in Benin.

It was gathered that the late Abubakar, was hit while trying to cross the road, by an Audi car marked GUE 234 LV, driven by a driver suspected to be a learner, as a learner’s sign was pasted on the car.

The head of the victim was smashed against the wind shield of vehicle and he died on the spot.

When journalists visited the scene of the accident, the lifeless body of the victim was lying in the pool of his own blood, with a piece of cloth covering his face, while his fellow scrapped collectors were seen giving statement to policemen. 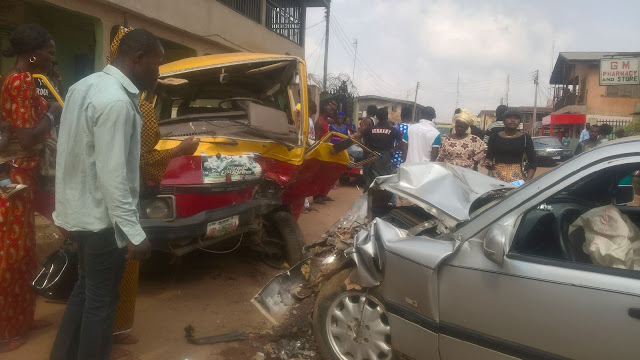 In the second incident, the accident occurred when a commercial bus carrying women and children had a head on collision with a Mercedes Benz car.

The Mercedes Benz car was said to have been driven by a man suspected to be suffering from Parkinson’s disease.

The driver of the commercial bus who refused to give his name, said one of the seriously injured children was his only child.