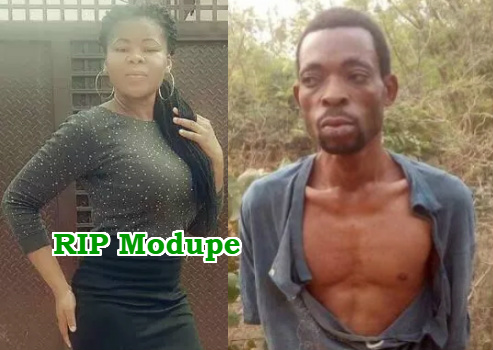 A man has been arrested in Abeokuta after his photo was found near the corpse of a murdered NYSC corper in Abule Ayo area of the capital city of Ogun state today.

The suspect, 29-year-old Festus Udo told police he murdered one Miss Modupe Taiyese after she threatened to tell her family that he raped her.

As at the time of this report, the lifeless body of Taiyese, an NYSC corper in Abeokuta is still at the spot where Festus strangled her.

He confessed that he dragged his victim into a forest and had sex with her after she refused his advances.

He then strangled her when he threatened to report him to her family.. 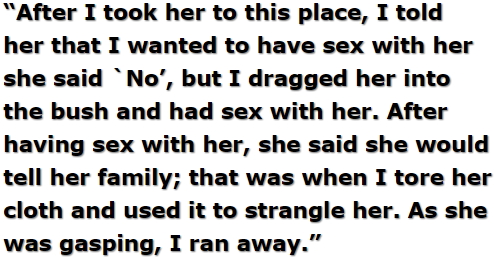 The deceased had hired Festus to teach her how to drive months before she was murdered.

Ogun state Police Commissioner advised members of the public to choose their association wisely in order to prevent such tragedy.