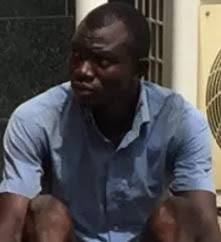 NPS Lagos State Controller, Tunde Ladipo has ordered a thorough investigation into the death of an inmate at Ikoyi Prison.

The suspect identified as Chizoba Okoye, who was facing charges of kidnapping before an Ebute Metta Magistrates’ Court in Lagos, was shot when he attempted to escape within the court premises on Wednesday.

The command’s spokesman, Rotimi Oladokun, said in a statement that the incident happened after the case was adjourned and the escort team was leading the suspect to the holding cell in the court premises.

“Thinking he could escape the watchful eyes of the armed guards, the suspect suddenly took to his heels, defiling verbal warnings and warning shots from the armed personnel and subsequently arrested.

“Unfortunately he lost his life on his way to the hospital for medical attention,” the NPS spokesman said in the statement.

He said that the Lagos State Command of the NPS has ordered an investigation into the incident and reassured the public of adequate cover in all the prison formations in the state.