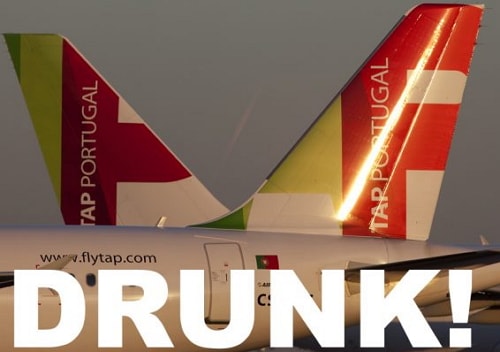 In Germany, 106 passengers of TAP Air Portugal whose co-pilot police arrested on Friday after he was found drunk will likely have to wait till Monday to be flown from Stuttgart, Germany to Lisbon, Portugal.

Passengers of the grounded TP523 plane which was cancelled on Friday were put in hotels Friday night as they waited to be put on another flight.

An airport worker who saw the co-pilot as he staggered along the airport informed the police and aviation authorities who grounded the 40year old co-pilot after he was ejected from the cockpit shortly before takeoff.

The Portuguese pilot was detained by the police and granted bail of  € 10,000.

His flying license was also seized.