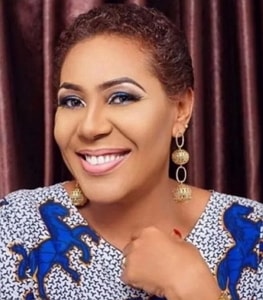 Nollywood actress Shan George who recently released a new movie, ‘Grey Shadows’ opened up about child marriage, women and why she can date a younger man among other issue in this new interview with Joe Agbro Junior.

Recently, International Women Day was celebrated. Do you think the same standard applied to western women should be applied to Nigerian women given that we’re a parochial society?

This year makes it 21 years you’ve been in Nollywood. Have you experienced sexual harassment?

First of all, I’ve been in Nollywood for not 21 years. It was in 1996. So, now, it’s 22 years. I joined Nollywood when I was a student. By the time I was going to have time for the Nollywood when I was doing my final semester to graduate from school, I started producing my own movies. It doesn’t mean I’m saying maybe some people have not experienced it. I probably didn’t hustle the Nollywood work long enough or hard enough because I really wasn’t planning to go into Nollywood when I got into Nollywood. I already got a role even before I even got auditioned. I was introduced by someone who was already there. More like, I had a mentor already. And she’s a female.

You said Nollywood wasn’t part of your initial plan. What did you want to do when you were growing up?

I wanted to be a lawyer so that I would go and jail all the corrupt people (Laughs). Actually, my dream as a kid was to be a lawyer. And truly, truly, why I dreamt of being a lawyer when I was growing up was because I just felt that as a lawyer, I would be able to lock up a lot of criminals, including in my home (town) – all those 60 year-old-men marrying 16-year-old girls.

Does it really touch you so much when older men marry younger ladies?

This is the part of culture and tradition that I was trying to talk about when I said they’re obsolete right now. And I pitied a lot of my age mates then back home who found themselves in that kind of shoes. I come from a very small village where there wasn’t much for me to see or know. There was no electricity as at the time I was growing up back home. Although, now, our place be like small London.

So, are you saying it was in a similar way you were carted off to be married?

(Laughs). Yes, my mother just told me I was going to get married. There’s a man who wanted to marry me. And the man did not toast me. I did not toast him. We didn’t fall in love (Laughs). He went straight to my mum and then… (Laughs).

But you must be consoled now as I saw pictures of your grown-up sons some time ago and you three looked so happy.

As a female child, if they send you to school, every other uncle is like, ‘what are you doing early morning? One man would marry her now.’ The name change was such a big deal. An Inyang would say, why should I train Ekaette Inyang finish and she come and be Ekaette Okonkwo? They felt they were going to be wasting their money on a female child because she’s going to get married and bear totally different names from their own names. So, they couldn’t be bothered. A lot of people were okay with it. I mean, I was okay with mine. I didn’t struggle or cry or say I no go do. I just flowed because it was a norm actually.

Throughout your career, what would you consider as the most challenging part so far either as an actress or a producer?

In which movie was that?

Highway to the grave, produced by Helen Ukpabio.

Now, talking about mermaid, you’re a beautiful woman and men would surely be attracted to you. How do you manage unwanted attention from men?

Well, I just gently let you know I’m not available.

I also read reports that Shan George likes to date younger men. Is that true?

Yes, I know they’ll say that. It’s because a lot of people don’t know my kids. As you rightly said earlier on, you see how grown up my kids are. So many people have seen me with my kids and they think they’re my boyfriends. And me, I don’t have time to be explaining to anybody. So, they now ended up with that notion that you’re talking now and I couldn’t be bothered.

Do you think age should count in a relationship?

If you can do that, it’ll be okay

Yes, I will because I’m someone who believes that age is not about maturity. You can be old and you’re stupid old man. If I get the opportunity of meeting a younger man than I am – even if he is six months younger than you, he is still a younger man – who is mature-minded, it’s still better than an old foolish man as far as I’m concerned.

Are you looking at giving marriage another try?

I can’t say yes or no based on the fact that I still think that marriage as a very spiritual union is something that if it’s meant to be, you cannot hold it or stop it. So, you cannot just say, ‘no, lai lai. I can never marry.’ Neither can you say that ‘Yes, please ooo, I want to marry.’ Because if I want to marry, the husband would not come. If you say you don’t want to marry, you end up meeting someone that you really want to be with. So, that question, I would not say yes or no to it.

You added your voice to the tithing controversy. Are you pro or anti tithing? And why?

It’s just simple. It’s not in the Bible. And if you are someone who calls yourself a Christian who is following the lifestyle of Jesus Christ, then you should go off that way of Jesus Christ. And tithes is not one of Jesus Christ’ rules and regulations. It’s not what he even practiced himself.

So, at the end of the day, I don’t have issue with whoever wants to go and be paying the tithes or any 419 pastor that wants to be collecting your tithe. I, Shan George, I don’t tithe to any pastor. I carry any money that I have – Oh, I’ve made N10 today – let me give my neighbour N2 who was looking for money for her child’s school fees yesterday. That’s how I pay my own tithes.

Continue Reading
You may also like...
Related Topics:actress, George, shan