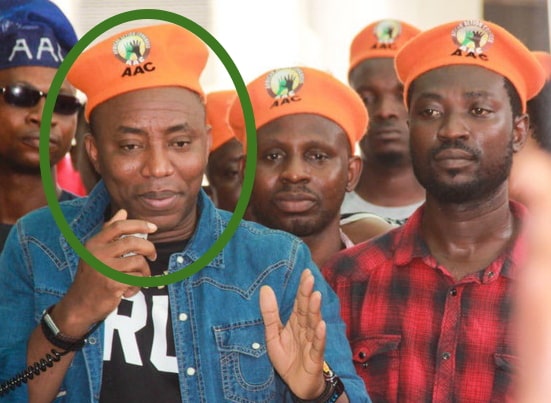 Sowore’s Arrest: The DSS Has No Integrity; Only A Non Performing Government Will Be Afraid Of Citizens Protests

The Department of State Security cannot be accused of being fair-handed and unprejudiced. It has always been the political police of the existing regime. I recall in 2014 when agents of the service invaded the offices of the APC in search of incriminating materials; hounded the staff of the party and made a spectacle of them for droll offences. The agency was serving the PDP government at the time, now it is serving another regime – the same pattern; the same objective; the same repression; the same pursuit.

But when will the DSS serve Nigerians and not a regime, considering that it is being funded by taxpayers? In the US, the FBI, an equivalent of Nigeria’s secret police, put the interest of American citizens first. It exists to protect public interest; not regime interest. In fact, the FBI in its pursuit of citizens’ interest brought down the dubious Nixon administration.

In the book, ‘Mark Felt: The man who brought down the White House’, Felt, a former FBI deputy director, evinced how the secret service remained undaunted, irrepressible and independent in the face of threats, manoeuvrings and caterwauling by the Nixon White House. Again, this only happens when a security agency exists to protect “public interest”, and not “regime interest.’’

A few weeks ago, a group of mouthpieces from a section of the country hopped on television to issue threats and ultimatums. They lent the federal government 30 days to reverse its decision on Ruga settlements or risk a boycott of peace meetings, and the ensuing of violence. What did the DSS do in this case? Rather, the agency saddled itself with hounding citizens who were protesting against killings and kidnappings by bandits.

The DSS is a critical security agency that must not lend itself to the neurotic pursuits of a regime. The arrest of Omoyele Sowore, ex-presidential candidate, by the secret police is reminiscent of an ‘era of tears, sorrow and blood’ in Nigeria; an epoch of oppression and suppression. The manner of his arrest is condemnable; invading his residence at 1:30am and breaking doors like armed robbers. What happened to invitations?.

The DSS must evolve. It should not be suspended in a militarised past. The agency must serve public interest and not regime interest. It must understand civil protest is democratic.

Nigeria needs an ideological revolution. I respect the rights of other citizens to protest peacefully and seek a change in the system. We need a revolution in our thinking, habits, attitude and patterns. This is the revolution we need. Only a non-performing government will be afraid of citizens’ protests or interpret civil actions as subversion.

The DSS should not be political police. Governments will come and go, but the DSS will remain. The integrity of the agency should matter to it.

Male Or Female: Which Of The Sexes Comes With More Disadvantages?
Neo Kabiyesi Sydrome: What Omoyele Sowore Did Wrong