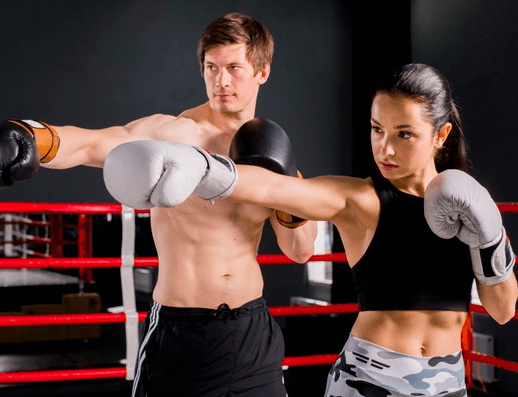 Male Or Female: Which Of The Sexes Comes With More Disadvantages?

LET ME QUICKLY GIVE credits to Nigeria Info, 92.3fm Port Harcourt, a listener participation conversation radio station. It was this dial that I had my radioset locked on when this topic came through the air. I think it was Eric, the OAP who brought it up for discussion, or debate.

IT WAS not much a surprise to me when most of the callers talked about pregnancy and childbirth, and all other things in that maternal neighborhood as what make the female folks more “unlucky” than men. This sentiment I totally understand. Childbirth, especially, seems to me like one hell of a dose too many for nine lifetimes. No natural experience can give a man anything close. The female folks pack a lot of load here, I give it to them! Maximum respect!

BUT AFTER LISTENING TO THAT SESSION ON AIR, IT GOT me thinking seriously–and may I add, extensively. It may not be correct to say that women have more disadvantages solely based on their native, maternal calls. To determine which of the sexes comes with greater disadvantages must not focus on the weight of just one particular experience. A more accurate approach should involve an overall estimation of the sexes’ experiences from the moment they are born until their respective graves.

TO MAKE this clearer, we may consider the Olympic games. Gold is the utmost medal that is won. Yet a country, say Country-A, could win 1 gold, and still fall behind another Country-B that wins no gold at all. Country-B, despite winning no single gold, could amass several silver medals and bronzes that would put them ahead of country-B, which wins gold, yet finishes off with one or two silvers and a few bronzes, if at all. We may as well advance from this hypothesis to an actual event. In the 2012 Summer Olympics hosted by Great Britain, Holland got 6 golds and ranked 13th, four marvelous steps ahead of Iran with 7 golds but ranked 17th. Even Cuba snatched “only” 5 golds–2 short of Iran–yet came 16th. Is that not a surprise? The silver and the bronze made the difference!

RELATING THIS TO THE SEXES, I COULD say that labour pains is gold. There is no other natural human experience that rivals that one. Hence, women snatch the prize. Other natural experiences are but silvers and bronzes. So who now snatches more of those left-over disadvantages?

1) WOMEN ARE more physically defenseless than men.
Women are more susceptible to attacks than men. This is obviously due to their weaker physical strength.

2) WOMEN ARE more sexually harassed and abused than men. This also stems from their physical weakness.

3) FEMALE PROSTITUTES GET more frowns from the society than male prostitutes: An unfaithful wife may be lynched, but an unfaithful husband may be spared.

4) WOMEN ARE expected to follow the biddings of men. This is predicated upon God’s pronouncement when He said to Eve, “…he(Adam) shall rule over you.” My wonder, though, is that even atheists also believe men to be above women. Now, where did they get that from?

1) A WOMAN WHO IS stranded, for instance, gets help in two minutes; whereas a man under the same circumstances might not get help in two weeks!

2) BECAUSE THE SOCIETY FROWNS at any man who physically hits women, women now abuse the man verbally, causing him psychological torture, while expecting him not to react.

3) AS A MAN, YOU MUST struggle very hard to make it in life. A wealthy man would more readily take a very poor woman as his bride than a wealthy woman would do same for a man. Moreover, when a man is richer than his wife, he still loves her. But when a woman is richer than her husband, she tends to disrespect him.

4) THE LIVE EXPECTANCY OF MEN IS shorter than that of women. That simply means that men live shorter than women. So after the man had struggled and done very tedious and risky jobs to make ends meet, he dies away, leaving his wife and his children behind to enjoy the fruits of his labour. This one is too bad, if you ask me!

THERE MAY be many more still unmentioned. But having considered these few ones, I feel disinclined to giving the disadvantage to women. They pass through labour pains, that is certain. But I think that if that old maxim, He who laughs last laughs best, holds true, then women laugh all the way last, and best, and men are the unfortunate ones.

Continue Reading
You may also like...
Related Topics:differences, female, male

Why We Engaged In Prostitution
Sowore’s Arrest: The DSS Has No Integrity; Only A Non Performing Government Will Be Afraid Of Citizens Protests