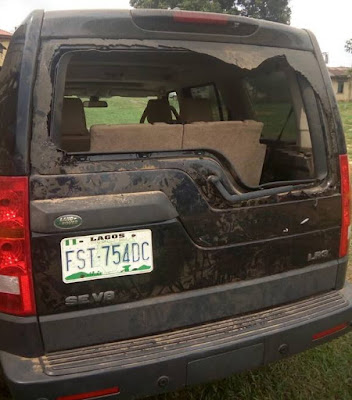 It was gathered that while the kidnappers were on the way to their hide out, soldiers got hint about their movement and laid ambush for them.

The kidnappers on sighting the soldiers reportedly engaged the army in a shootout which forced them to abandon the victim and a black coloured Land Rover Sports Utility car with registration number Lagos FST 754 DC.

Unconfirmed reports have it that about two members of the gang were shot dead during the shootout, while two others said to be kingpins of the group escaped during the crossfire.

They are currently being trailed according to sources in the Battalion.

Sources who pleaded not to be mentioned told our reporter that the gang members come to Aba from Port Harcourt, Rivers State to operate as long as a target is spotted by their agents who are in Aba.