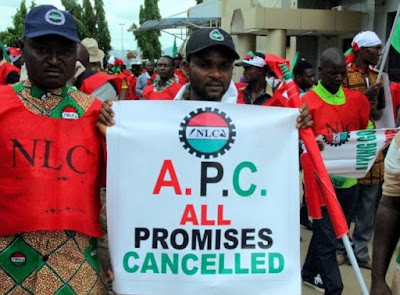 May 20, 2016 – Police Beat Ebonyi State NLC Leader To A Coma During Fuel Hike Protest In Abakaliki

The Chairman of the Ebonyi chapter of the NLC (Nigerian Labour Congress) has been beaten to a coma after he allegedly moved against the FG ban of planned NLC protest.

According to eyewitnesses, Mr Ikechukwu Nwafor was beaten black and blue by some police officials deployed to the scene of the protest today.

He is currently at the Emergency Ward of the Federal Teaching Hospital in Abakaliki.