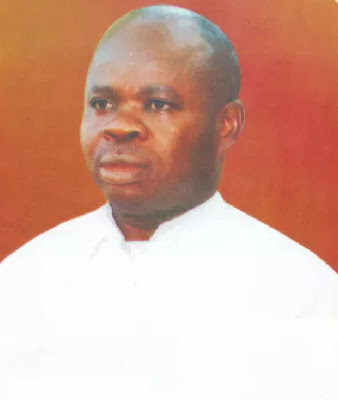 The catholic priest, Reverend Father Cornelius Ovuta, is in charge of Assumption Parish, Abina Ikwo. He was attacked by the goddess worshippers on his way to visit a sick member of his parish.

His catechist, who accompanied him on the visit, however escaped and alerted the villagers. The villagers later rescued Ovuta. The attack on Ovuta led to his being hospitalized for weeks at the Federal Teaching Hospital Abakaliki (FETHA).

The priest allegedly lost valuables items during the attack. The chief priest of the shrine and perpetrators of the attack was said to have gone into hiding after the accident. The police trailed and arrested John. He was arraigned.

John, a septuagenarian, on October, 20, 2015, with those standing trial in suit No. MAB 458C/2015 and others now at large, attempted to murder Ovuta on his way to visit a sick person.

Others are, one Alb N18, 000, one Skygo motorcycle N130, 000 driven by his catechist, Ezeaka Kenneth and one Nissan Sunny car with registration number AT 394GWA valued at N1.2 million.