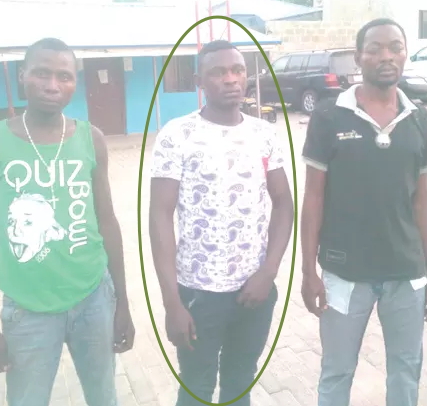 One of the gallant soldiers fighting the insurgents in the North has been nabbed while attempting to rob a filling station in Abuja.

The suspect 30-year-old Abel Solomon said the foiled robbery operation would have fetched him N20 million.

Solomon and his accomplices were arrested while still fine-tuning their plan. He said the pump action rifle recovered from him was seized from a Boko Haram terrorist.