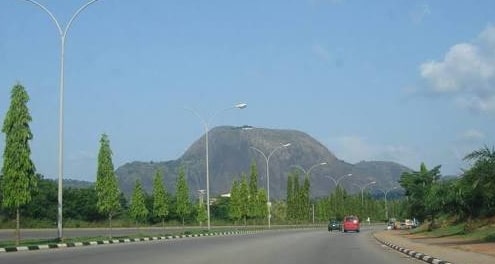 How I Escaped As Gunmen Kidnapped 7, Killed 3 On Kaduna Abuja Highway – Commercial Driver

7 people  including three final year students of law from Ahmadu Bello University (ABU), Zaria have been kidnapped on Kaduna-Abuja highway.

This was even as an unconfirmed report has it that, the armed bearing kidnappers numbering about 20, killed three other persons during the operation.

The Nation gathered that, the incident took place around 6:00pm on Tuesday, about 40 kilometers away from the state capital.

A video that has gone viral on social media shows security men in the convoy of former Gombe State Governor Ibrahim Hassan Dankwambo’s convoy firing gunshots to disperse the kidnappers.

An eye witness said, a commercial driver Ibrahim Ahmed told The Nation that:

“I escaped the attack because, the convoy of one Governor, which I was running behind arrived the scene during the operation, the security then fired shots and dispersed the kidnappers but they went away with many people.

“They blocked the expressway and started firing at vehicles passing before the Governor arrived. They kidnapped people during the operations and took them into the forest.”

“I also saw three people on the floor. I think were already dead, because they were not moving

“I narrowly escaped being kidnapped too. In fact, if I had overtaken the convoy like some of my passengers had requested, we would have probably been involved and kidnapped too,” Ahmed said.

Another driver, Samaila Rabiu said three people were killed during the incident.

According to him, “One of our drivers who escaped the attack told us that the three people were trying to run away and were shot by the kidnappers,” he said.

Photos: Retired Marine Kills Childhood Friend Who Bullied Him 53 Years Ago For Refusing To Apologise
EFCC Arrests 3 Lawyers For Selling Pastor’s Hotel In Ilorin Kwara State Without His Consent