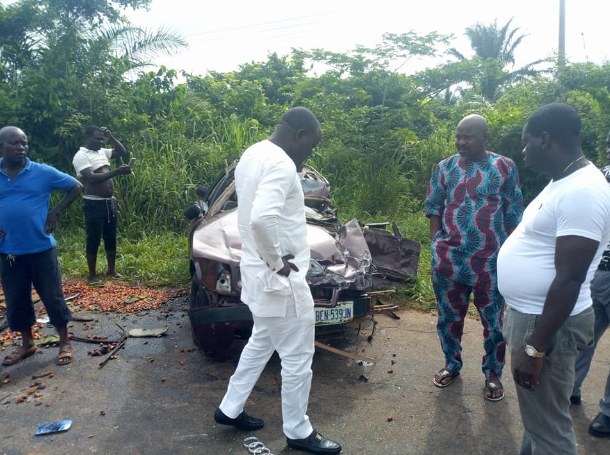 Ovia South-West local government area of Edo State Chairman, Comrade Destiny Oghayerio Enabulele, has directed the Works department of the council to immediately fill all portholes on the Benin/Siluko road, from the Ovia bridge down to Iguobazuwa.

He gave the directive Thursday at the scene of an accident that involved an Audi saloon car, marked Edo BEN 539 JN and a white Renault mini truck with registration number Edo DEG 908 XA, in which the driver of the car, John Inebiomanor, regrettably lost his life.

The ghastly motor accident occured in the early hours of Thursday, at about 1 am at Obarenren village, along Benin/Siluko Road, close to Iguobazuwa, the administrative headquarters of Ovia South-West local government area of Edo State.

It was gathered that the truck which was loaded with wrapped items, and coming from Lagos State, collided with the Audi car, fully loaded with palm fruits and traveling from Benin to Siluko side.

It was apparent that the truck, in an attempt to avoid a pot hole on his side of the road, rammed into the Audi acr coming from the opposite direction.

The back tires of the truck pulled off it, dragged the car and caused it to summersault several times, while the truck stopped a few metres away from the spot. 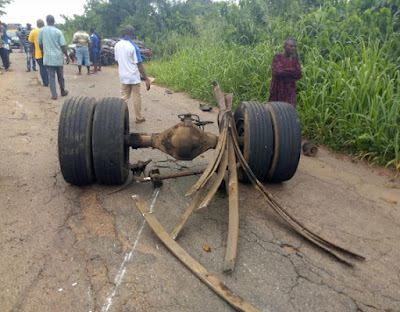 Following the heavy noise of the collision, some esidents of Obarenren village said they came out of their houses to carry out rescue operation.

They said when they arrived at the scene of the accident, they had to upturn the accident car, tore its doors with an ax before they were able to evacuate the lifeless body of the driver. 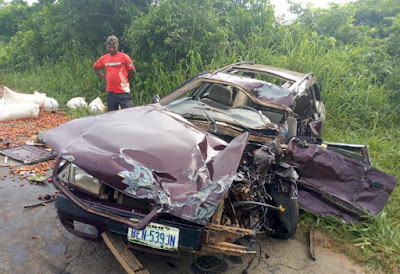 It was gathered that the only passenger in the Audi car, a woman, who sustained serious injuries, was rushed to an undisclosed hospital for medical attention.

It was further gathered that the deceased driver and the driver of the truck simply identified as Osaro, hailed from the same village, Iguogun. 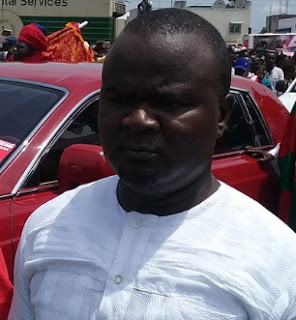 Comrade Destiny Oghayerio Enabulele who is seeking re-election is the chairman of Ovia South, an area with the worst roads in Edo state.

Continue Reading
You may also like...
Related Topics:accident, kill, man