Momodu was killed by the former Divisional Police Officer (DPO) of Ogida Police Division, Mrs. Carol Afegbai, on the allegation of being a robber.

He was buried by the police but public outcry led to the exhumation of his body for a post-mortem examination.

The post-mortem showed that Momodu was shot three times in the back, contrary to earlier claims by Mrs. Afegbai that he was shot in the legs and died on the way to the hospital.

A photograph reportedly released by some policemen showed the late Momodu lying on the ground alive.

Attorney-General and Commissioner for Justice Henry Idahagbon, who announced the government’s position, said the police were yet to do a thorough investigation.

Idahagbon spoke while addressing students and members of civil society organisations, who submitted a protest letter at his office.

He said: “The file was returned to my office yesterday. I have examined it and came to the conclusion that the police are yet to do a thorough investigation that can grant a prosecution for murder. Murder is a serious offence. The legal penalty is death.

“For any prosecution to be done in a murder case, we must get our facts straight, we must get the investigation straight and everything must be in line with the law before we can prosecute. Having examined the DPP report, I came to the conclusion that there are still lots of lapses.

“We are compelled to do another letter asking them to do investigation in specific areas. There is a difference between sentiment and law. We will not shy away from doing our prosecution. The law is blind. We will do what we need to do. The law will take its course. We will do the letter to the police and once their reply comes, anybody that needs to be charged to court will be charged to court.”

The House of Assembly Speaker, Uyi Igbe, has said the House would soon set up an independent and separate panel of enquiry.

Igbe said the House would deliberate on the matter and constitute an independent panel of enquiry into the killing of the principal private secretary to the governor, the late Olaitan Oyerinde.

On the 3rd of June, 2013, the killer Police DPO Carol Afegbai posts a very controversial story on her Facebook timeline claiming that late Ibrahim Momodu was an armed robber.

The alleged killer Police DPO has deleted the allegations and has changed her Facebook profile to Eiea. 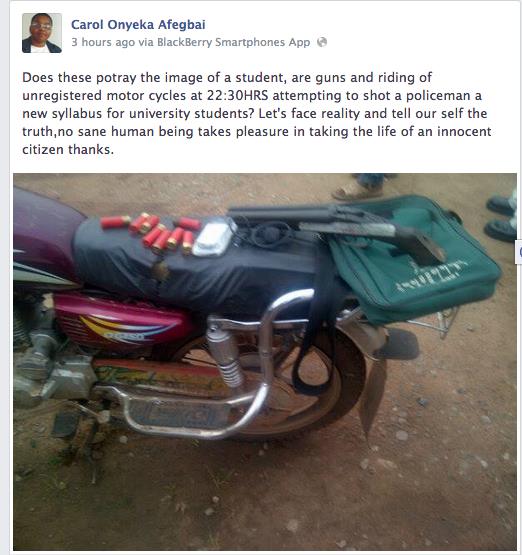 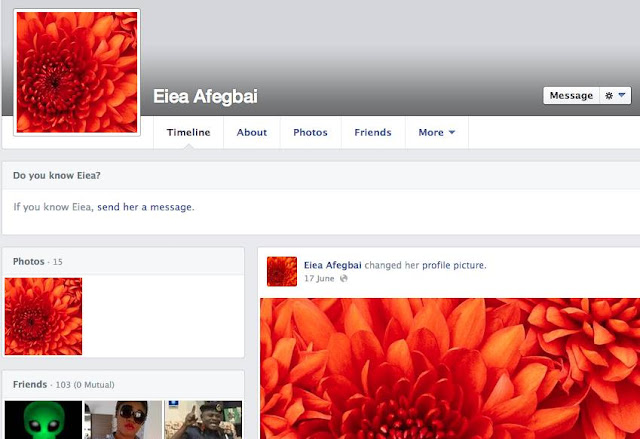 If she is truly innocent why will she take her words back and change her name?

Carole Afegbai must be brought to justice for killing an innocent student.