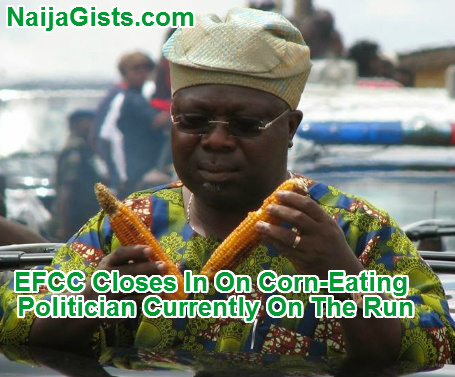 Former Osun Deputy Governor Iyiola Omisore has been declared wanted by the EFCC for refusing to honour the anti-corruption agency’s invitation.

According to a statement from the EFCC, an arrest want has been issued for the embattled politician.

He is currently wanted in connection to misappropriating over N700million he received from ex-NSA Sambo Dasuki in 2014 and lavishing it on Ekitigate election scandal.

It was later learnt that the money Omisore distributed to plotters was stolen by the then NSA Dasuki under the guise of national security funds.

Others who enjoyed part of the N700million Ekitigate fund include Musiliu Obanikoro, Jelili Adesiyan and Ayo Fayose.

EFCC issued an arrest warrant for Omisore yesterday for taking the agency to Abuja Federal High Court instead of honouring the agency’s invitation.