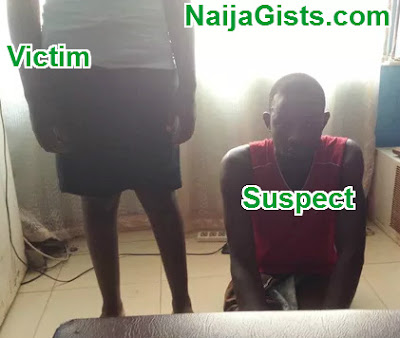 May 25, 2016 – Picture:Randy Carpenter Who Sexually Assaulted Orphan In Enugu Offers To Marry Her, Begs For Forgiveness

Casmir Eze, the randy carpenter who reportedly raped a 15-year-old orphan around 2am on Sunday has offered to marry her.

The suspect reportedly begged the victim simply identified as Ogechi and promised to marry her but his plea was not taken as Ogechi turned down his offer.

Continue Reading
You may also like...
Related Topics:carpenter, enugu, orphan