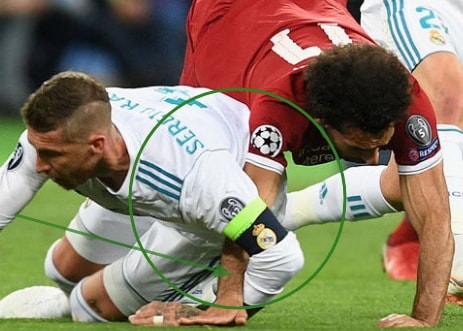 Salah who managed to stay strong during the match left in tears when his dislocated Shoulder started troubling him.

An Egyptian lawyer Wahba who claimed Ramos intentionally injured Salah has filed a  €1 billion lawsuit and has lodged a complaint to FIFA.

Meanwhile Salah has calmed fans fear about him missing World cup. He promises his fans that he will be fit and ready by then.