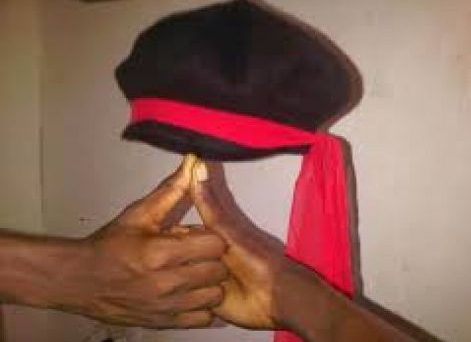 Panic struck the popular Allison Market, in the Ikorodu Garage area of Lagos State on Monday when some hoodlums, suspected to be cultists, invaded the market and shot sporadically, killing three persons.

Not done, the hoodlums went to neighbouring Etunrenren and Ladeja streets, where they clashed with rival cult groups, and killed two more persons.

The deceased were identified as Lanre Olayiwola, Owolabi Kuti, and John Ede, while the names of the two others had yet to be ascertained.

When we visited the area, it was learnt that at about 5pm on Monday, the hoodlums, said to be members of the Eiye and Aiye cult groups, came to a beer parlour, Royal Hall, and shot at three persons, while they were drinking in the bar.

Our correspondent learnt that two of them died instantly, while the third, who fled the bar, was ambushed in a public primary school by the market, and shot dead.

It was gathered that another drinker, identified only as Samson, was shot in the thigh, but escaped from the scene.

Our correspondent, who was at the bar, observed on Wednesday that the building was deserted and bullet-ridden.

We learnt that the market was scanty on Monday and Tuesday, but saw that the traders had returned to normal business activities on Wednesday, after security operatives had restored normalcy to the area.

A shop owner, who spoke on condition of anonymity, said, “At about 5pm on Monday, we heard continuous gunshots and there was panic everywhere.

“One of the people killed had parked his vehicle on the field of a public primary school on this street. He had tried to escape, but they followed him into the school compound and killed him.”

A landlord, who gave his name simply as Alhaji, said the hoodlums, after leaving the market, met rival gangs in the neighbouring streets, and two more persons were killed during the clash on Monday.

“The hoodlums went as far as the Igbogbo and Baiyeku areas to kill one another. By Monday evening, five corpses were taken to the police station,” he added.

Our correspondent gathered that a local vigilance group, Onyabo Vigilante Group, Ikorodu, and policemen from the Ikorodu Police Division raided the area on Tuesday, and made some arrests.

At the police station, our correspondent observed five vans belonging to the Rapid Response Squad and two vans of the local vigilance group leaving the premises for the Igbogbo area, where the cultists were reportedly hiding.

The leader of the vigilance group, Kamorudeen Bombata, said four persons among the suspects arrested had confessed to the crime.

He said, “So far, four of them have confessed to be cult members. They struck Allison Street and killed two people. They killed others in Ladeja. Four persons also sustained gunshot injuries. They are Eiye and Aiye hoodlums, with other smaller factions.”

Our correspondent learnt that during the raid on Tuesday, the cultists, who reportedly had hideouts in the Igbogbo and Baiyeku areas, engaged the vigilance group and the policemen in a shootout before some of them escaped through the waterways.

He said, “Three are confirmed dead by the police, and their corpses have been moved to a morgue for autopsy.

“On report of the incident, a team of patrol visited the scene, and combed the area for arrest. Further investigation is ongoing on the matter.”