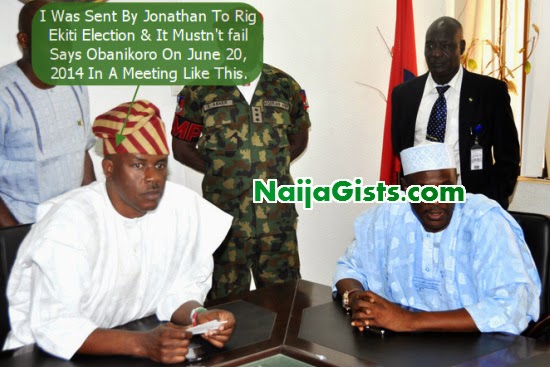 On Tuesday, Senate formally received President Goodluck Jonathan’s request for the screening and confirmation of seven ministers, including the immediate past Minister of State for Defence, Senator Musiliu Obanikoro.

The president, in a February 16 letter to the Senate President, David Mark, urged the Senate to treat the exercise with its ‘traditional prompt attention’.

Senate Spokesman, Eyinnaya Abaribe, told newsmen that the screening and confirmation would be done next week.

Meanwhile, there is opposition to the nomination of Senator Obanikoro. Immediately Mark read his name as the Lagos State nominee, shouts of ‘Again?’ ‘No! No!’ rent the chamber.

If people like Obanikoro will be on Jonathan’s Ministerial list, then God save Nigeria from corruption and abuse of power. You need to hear what this guy said on the leaked audio tape to know the kind of man he is. It is a pity Jonathan surrounds himself with people like this.

Continue Reading
You may also like...
Related Topics:jonathan, ministers, obanikoro