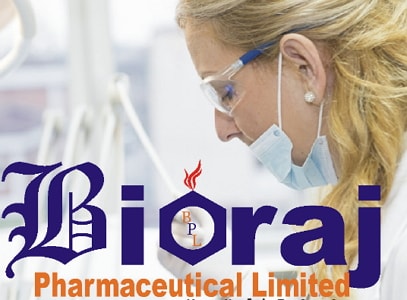 The DG of NAFDAC, Prof Mojisola Adeyeye, disclosing this in a statement stated that the action was due to insufficient evidence gathered and apparent resistance to provide needed documents during inspection at the pharmaceutical companies.

“Due to insufficient evidence gathered and apparent resistance to provide needed documents during our inspection on May 2, 2018 at the respective companies in Ilorin and Lagos, respectively, it has become necessary to shut down all product lines of the three companies – Peace Standard Pharmaceutical Limited. Plots 3 & 8, Adewole Industrial Estate, Lubcon Avenue, Ilorin, Kwara State; Bioraj Pharmaceutical Limited. No 405 Kaima Road, Ilorin, Kwara State and Emzor Pharmaceuticals Ind. Ltd., Ajao Estate, Lagos” she said.

“The Director General constituted a Task Force to be made up of NAFDAC Directors- Registration and Regulatory Affairs; Narcotics and Controlled Substances; and Drug Evaluation and Research”.

“Members of PMG-MAN in the Committee included the Executive Secretary of PMG-MAN, Fidson Healthcare; May & Baker PLC; and Emzor Pharmaceutical Industries. It was stated that on May 2-3, 2018 “A team of nine NAFDAC officers (2 from Drug and Evaluation Research – DER and 7 from Investigation & Enforcement – I&E) and ten mobile police officers were sent to Ilorin, Kwara state on May 2 2018 to carry out investigational inspection at the companies of the two different pharmaceutical companies that are licensed to manufacture codeine-containing syrup, and which were implicated in the BBC documentary”.

“The same investigational inspection by a different NAFDAC team took place on the same day and time as the Ilorin companies at the manufacturing facility of Emzor Pharmaceuticals Ind. Ltd., Ajao Estate, Lagos”.

“The focus of the assignment was to access and monitor from records the utilization, sales and effective distribution of the codeine containing cough syrups to the end users”..

“Meanwhile, meeting of the stakeholders mentioned above is being planned while the shut down and full investigation”