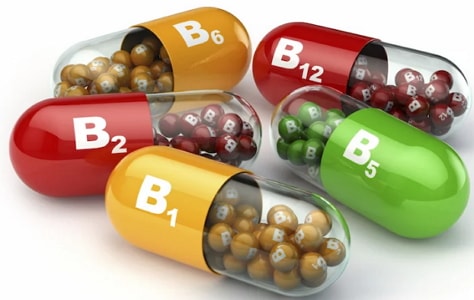 Vitamin B1 or thiamine is a coenzyme in metabolic processes that convert carbohydrates that we obtain from foods into energy that is used by the heart, muscles, and nervous system for normal function. Without energy, these organs are like a vehicle without fuel. They cannot move on with their functions well.

Deficiency of vitamin B1 in the diet leads to beriberi, a disease with dysfunctional heart and nervous system. Initially, deficiency manifests as a group of symptoms that include fatigue, weak muscles, and anorexia. Then the person begins to lose weight and manifest mental changes such as irritability and confusion. The mucosal surfaces of the mouth, gums and teeth are affected and the lips manifest cracks. Extreme deficiency causes anaemia, paralysis and muscular wasting. In adults two types of beri beri are wet and dry beriberi. Wet beriberi affects the heart and circulatory system and can lead to heart failure. Dry beriberi damages the nerves and can lead to decreased muscle strength and muscle paralysis.

Vitamin B2 or riboflavin is involved in enzymatic functions. It is important for the conversion of food into energy and for healthy skin, hair, blood and brain. It protects against sores and swelling of the mouth and lips and deficiency of this vitamin manifests as inflammation of the lining of the mouth and skin, itching and irritation of the lips, eyes, skin and mucous membranes. The eyes may become hypersensitive to light.

Vitamin B3 or niacin is also essential for metabolic functions involving enzymes that release energy from carbohydrates. It is important for healthy skin, the nervous system, and the digestive system. Its deficiency manifests as inflammation of the skin and mucous membranes of the mouth, rectum and vagina, halitosis (bad breath), anorexia (fear of eating and weight loss), indigestion, diarrhoea, low blood sugar, fatigue, muscular weakness, limb pains, skin eruptions, and inflammation. Brain function may be affected leading to headaches, dizziness, insomnia, mental retardation or depression

Viitamin B6 or pyridoxine is a cofactor for certain enzymes that regulate the metabolism of amino acids (from meats) and carbohydrates. It is important for healthy functioning of the nervous system including brain function and for production of red blood cells. It may lower the risk of heart disease. Deficiency leads to skin disorders, inflammation of the mouth, nausea and vomiting, dizziness, weakness, abnormality of the nervous system, poor coordination, confusion and insomnia.

Vitamin B9 or folate or synthetic folic acid is an important factor in nucleic acids DNA and RNA (genetic material) synthesis and is necessary for cell division and generation of new cells. Folate is needed when there is rapid growth of cells and tissues such as in infancy, adolescence, and pregnancy. Folic acid and vitamin B12 are together important for the production of red blood cells and for iron to function in the body. Folate deficiency leads to megaloblastic anemia a condition in which red blood cells are larger than normal and underdeveloped and the person affected has reduced growth rates.

In pregnancy, folate is important for the foetus’ neural tube to develop into the baby brain and spinal cord. Sufficient folate taken in early pregnancy helps prevent brain and spine birth defects such as spina bifida and anencephaly. Women who are pregnant or are likely to become pregnant should take sufficient folic acid to prevent these neural tube defects and miscarriage

Folate is important for normal brain functions and mental and emotional health. It is also believed to promote sperm viability and male fertility. Because folate is involved in the conversion of homocysteine into methionine, lack of folate leads to accumulation of homocysteine and the related cardiovascular problems and stroke.

Folate given with other B vitamin supplements, vitamin B6 and B12, can reduce risk of age related macula degeneration of the eyes.

Vitamin B12 or cyanocobalamin is important in nucleic acid synthesis and for the production of new cells including blood cells and in the breaking down of some fatty acids and amino acids. It protects nerve cells and facilitates their normal growth. Lack of vitamin B12 intake can cause anaemia and nervous system damage.

For any comments or questions, please email bolajohnwritings@yahoo.com or call 08160944635.