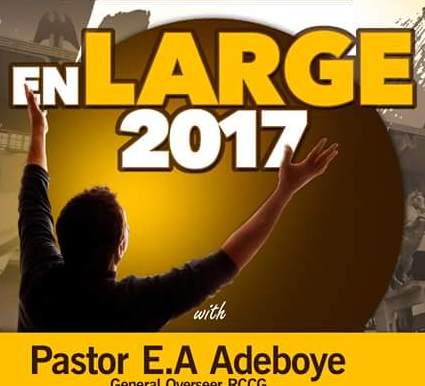 According to the Pastor in charge of RCCG Region 11, Pastor Charles Kpandei, ENLARGE 2017 is a full Sunday service beginning from 7:00am and he “invites the general public to attend the service with full assurance that God will use his anointed servant, Daddy G.O, to bless them in this recession period so that they will be spiritually equipped to break forth into all round enlargement.”

He also stated that parishes in the RCCG Ikoyi Victoria Island Family (Region 11) will not be opened for service on Sunday as all members are expected to worship at the Tafawa Balewa Square. 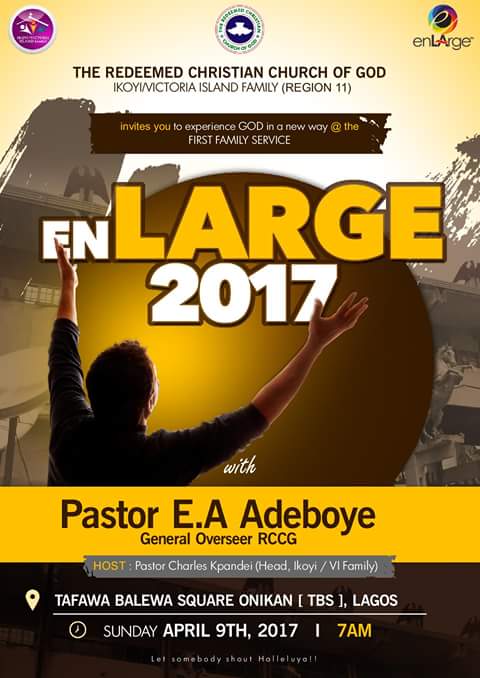 Free transportation will be available from parishes of the region and at various strategic locations all over Lagos such as: Oshodi, Ojodu Berger, Ajah, Mile 2, Iyana Ipaja, Okomaiko, Ikorodu, Law School, National Stadium etc. to convey people to and from Tafawa Balewa Square (TBS).

Adequate security arrangement has been made in and around the venue for a peaceful and refreshing time in God’s presence.

With regards to traffic control, Kpandei said the services of traffic institutions such as LASTMA, VIO and TRAFFIC POLICE will be employed to ensure smooth flow of traffic.