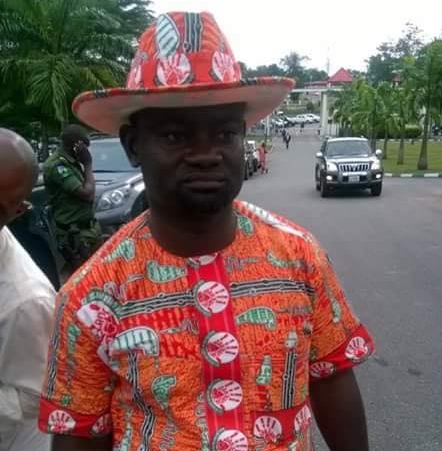 According to eyewitnesses, Governor Emmanuel Udom of Akwa Ibom state was present at the scene of a church building that collapsed in Uyo today.

Governor Udom was rescued by one of his security details, Ernest Inem who pushed him out of the way while the church was collapsing this morning.

Sadly, he didn’t escape as he was trapped by the heavy roofing metal.

Here is a tribute one of his friends wrote on FB today: 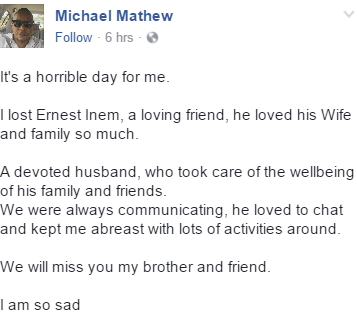 May his gentle soul and that of others who died today rest in peace.