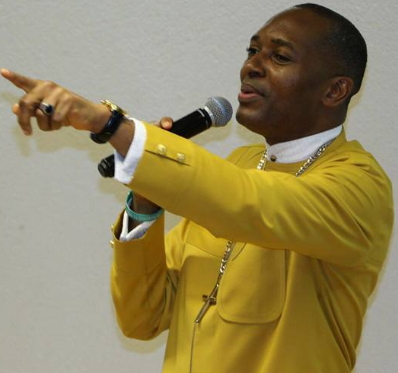 The founder of a doomed church building that collapsed in Uyo Akwa Ibom State this morning has come under heavy fire for allegedly moving his ordination service to another location shortly after 60 people died in his church.

According to a Facebook user who lost friends to the tragedy, Bishopric as he is fondly called moved his speakers and some dignitaries who survived the incident to a rented hall in Abak Local Government Area of Akwa Ibom State to continue the ordination service.

He reportedly called him a Satanists for conducting ordination while people were mourning their loved ones who died today. 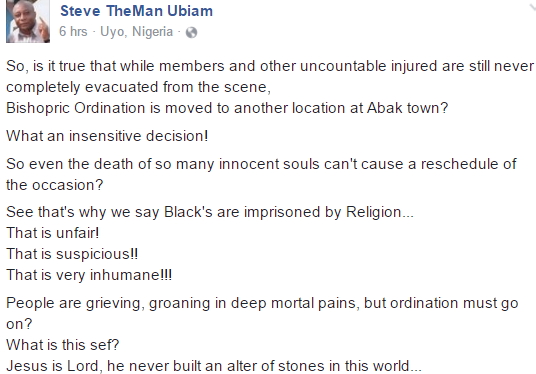 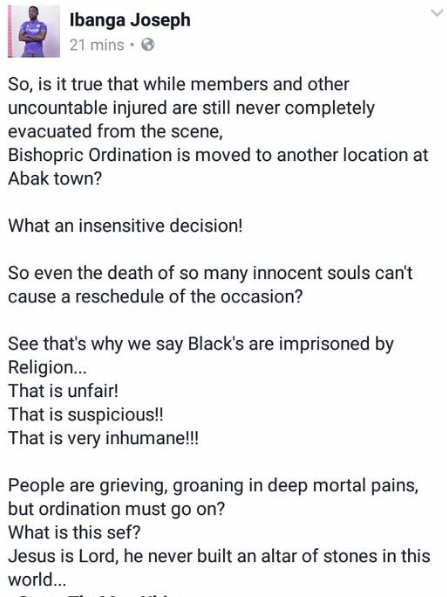 Where is his sense of compassion… End time is here ooo.