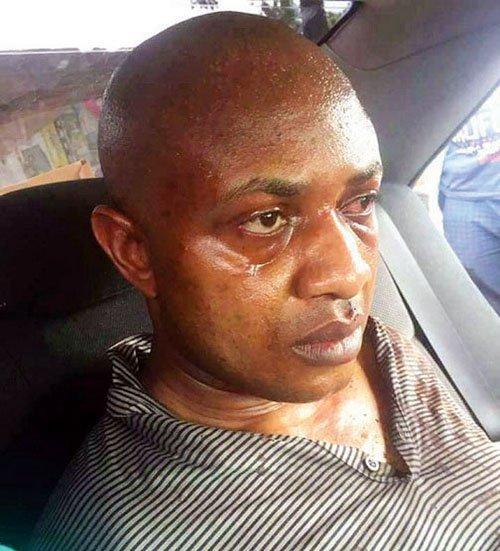 Billionaire Kidnapper Chuwudemeje George Onwuamadike aka Evans is not finding it funny in police cell.

According to police sources, he broke down yesterday while lamenting the horrible state of the cell where he is sharing space with other suspects.

A source said he lamented that after making millions of dollar he has finally ended up in the same cell with common criminals.

He revealed more details of his life to police yesterday.

He said crime for him started in Sokoto state as an armed robber.

The police source further revealed that he has been banned from Nnewi in Anambra state due to the terror he unleashed on wealthy indigenes of the town.

His second in command, Felix Chinemerem who hails from Amanagu in Abia state is still wanted by police for killing many innocent people in Abia state.