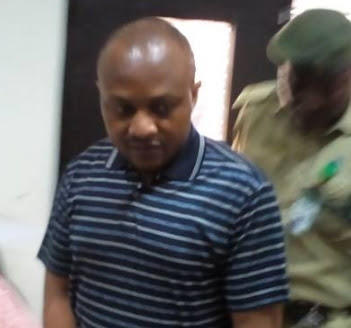 A High Court in Igbosere Lagos today adjourned the hearing of an application filed by billionaire kidnapper Chukwudumeme Onwuamadike Evans seeking to quash fresh charges against him.

He has asked the court to dismiss proposed twin charges of murder, attempted murder, kidnapping and attempted kidnapping, among others filed against him by the Lagos State Government.

Justice Taiwo made the order following an application that one of the suspects requires medical attention which are better available in prison.

The suspects, who are on trial on seven counts have been in police custody since their arrest, unlike Evans who was transferred from the police to prison custody following his arraignment before Justice H. Oshodi of a Lagos High Court in Ikeja. 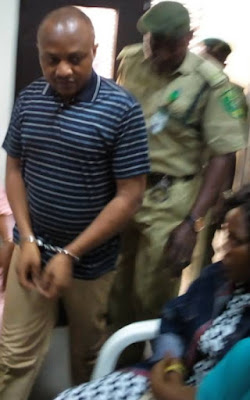 Continue Reading
You may also like...
Related Topics:date, evans the kidnapper, hearing, near

5 NAF Fighter Jets Bombard Boko Haram Camps In Sambisa Forest With Airstrikes,Kill Fleeing Terrorists
Nigerian Man Arrested At US Embassy In Lagos For Presenting Fake Documents To Get B1 & B2 Visa