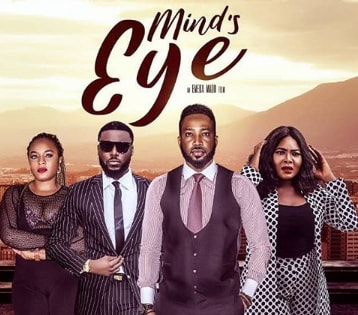 Nollywood actress Evia Simon has continued to up her profile as a movie producer as she has wrapped up production of her second movie titled ‘Mind’s Eye’.

The actress who recently completed her debut movie ‘Unbreak’ featuring her and Ruth Kadiri as men-hating women, Evia returns to tell a tale of love gone wrong in the new movie that features stellar cast of Frederick Leonard, Daniel Llord, Happy Julia Uchendu, Ayo Emmanuel and many others

It was all well and convenient for Gina, and her husband had no inkling that when his wife looks at him she sees another man until the imaginary crush one day knocked at their door!.