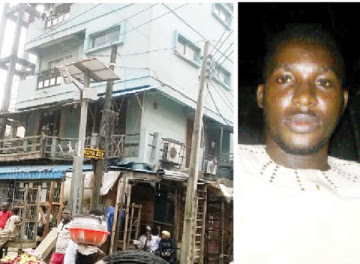 The 67-year-old landlord who killed his tenant, Abeeb few days ago in Idumota, Pa Sola Solomon has died of burns injuries he sustained while setting his tenant on fire.