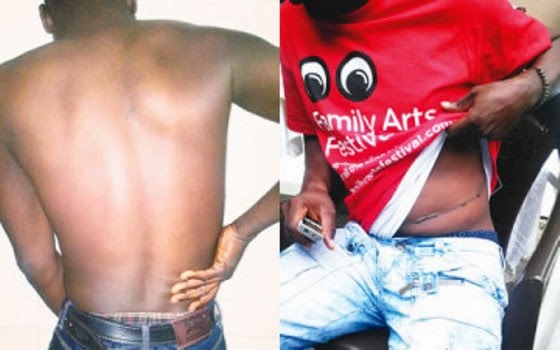 A young Nigerian man has died while trying to sell one of his kidneys for money.

The victim of a botched kidney removal operation simply identified as Chukwudi from Owerri Imo State was approached by a rich Malaysian man in need of kidney for an urgent transplant operation who offered to pay him 6 million naira.

Chukwudi reportedly left Nigeria to Malaysia without informing any of his family members.

A Nigerian man who owns a car wash business in Malaysia says he tried to discourage Chukwudi from risking his life but he allegedly refused.

“I know many Nigerians will say it is none of my business how others make their money but I want to bring this to the notice of our country people how many of our young men die here in Malaysia in very disturbing circumstances.

“I can tell of this young Igbo boy named Chukwudi, from Owerri, Imo state, who was paid the sum of N6 million by one rich man to donate his kidney for a transplant.

“The young man was brought in from Nigeria and I had the privilege of interacting with him and tried to discourage him from undertaking such a risky venture but he was adamant, telling me he had made up his mind already and nothing could stop him.

“I even asked him to join me in my little car washing business from which I have been able to build a house back home but Chukwudi did not want to struggle to make money, he wanted to undertake this venture just to get rich quick.

“He wanted fast money and he ended up a dead man because the operation was not successful. He died in the process while the rich man had a successful kidney transplant.

“I felt so bad because I kind of liked the boy who was a graduate and had a lot of life ahead of him.

“So, please I want to use this opportunity to warn our young people not to always be in a hurry to make fast money, especially at the expense of one’s life,”.

The bizman also said that Chukwudi is not alone in this risky business of selling internal organs for money.

He said many young Nigerians are now undertaking this risky venture to get rich quick.